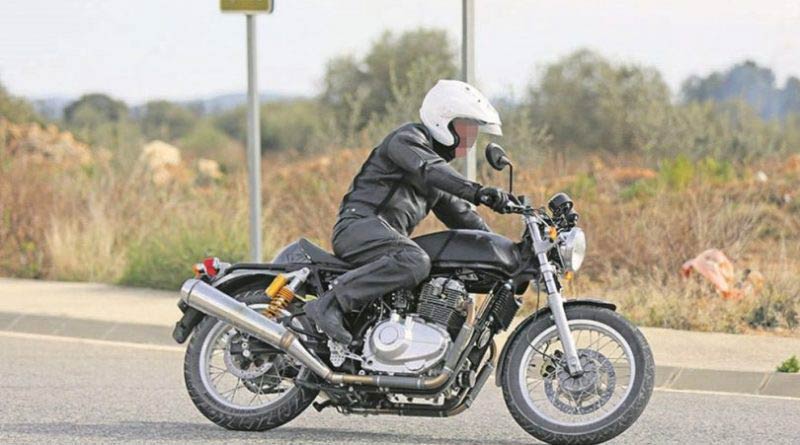 After months of rumours and a mix of official announcements, the 750cc Royal Enfield is indeed a reality. The all-new motor, or the all-new motorcycle was spotted testing recently in all its glory. As you can see, the new engine is being tested on the Continental GT Cafe Racer. Royal Enfield wants to be the number one player in middle-weight motorcycles globally, and this product is a step ahead in that direction. Or should we say a BIG STEP in that direction.

The spyshots reveal that engine is a twin-cylinder, parallel setup with twin independent exhaust pipes. This humungous engine is mounted on reworked chassis of the Continental GT, which is the most capable chassis in the Royal Enfield portfolio.

By looking at the engine case present on the sides, one could clearly notice this as a BIG Royal Enfield.  There is a presence of oil-cooler and there is no liquid-cooling as the brand is following its traditional approach while building the engine.

Royal Enfield’s new engine is also going to be Euro-4 complaint, and would also be the first such engine from the brand that meets global emission standards when compared to their current line-up. The all new engine makes uses of carburetor, and does not include fuel-injection indicating that motorcycle would be first developed for Indian and other such markets. 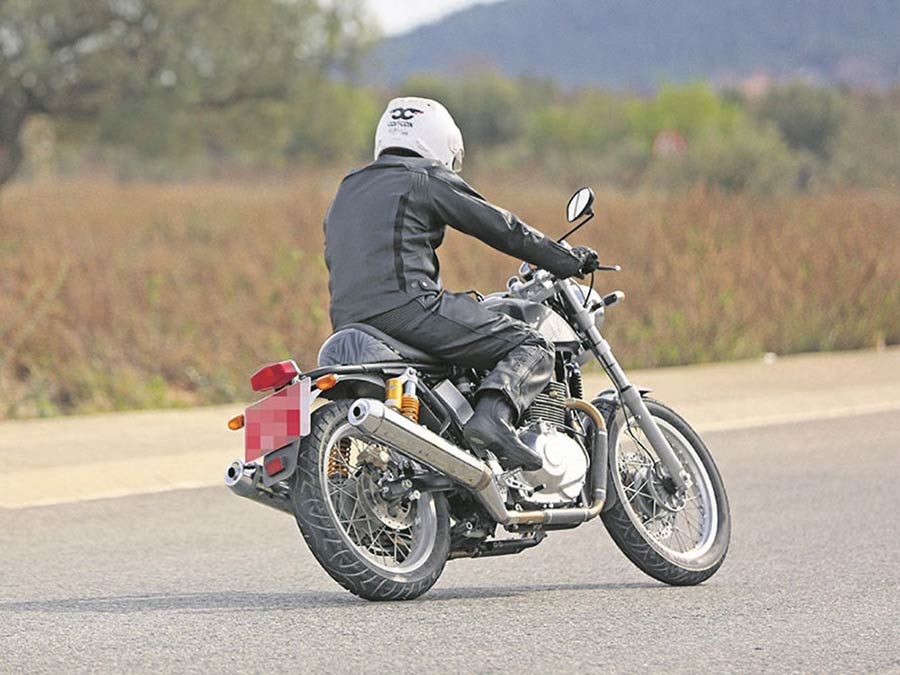 The 750cc engine of new Royal Enfield bike would rival the Triumph Bonneville range. Let us know your opinion by commenting below.

[…] the past, we had seen a few spy images of what looked like a continental GT with a twin cylinder engine setup from Royal Enfield. This surprised everyone because its the first […]