Bangalore becomes the first city in India to reach the milestone of 1000 KTM 390 Adventure motorcycles sold in a single city. 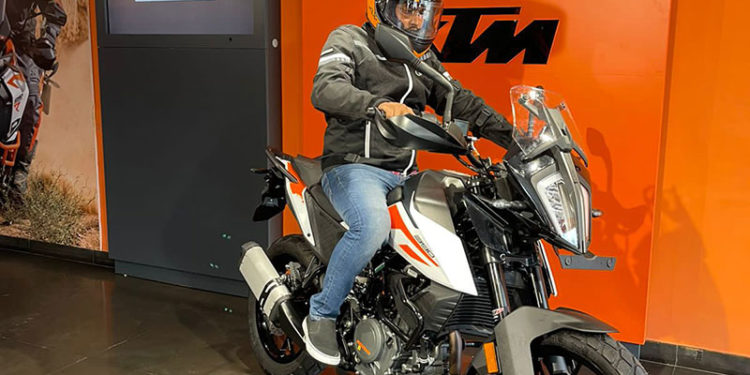 KTM 390 Adventure was KTM’s entry into the emerging adventure motorcycles market in India in 2020. The recent years have witnessed an increasing trend in adventure touring and the interest in outdoor exploration is on the rise. The KTM 390 Adventure was conceptualised to address this trend and has been designed for adventure travel while being a great ride for everyday city use.

Bangalore becomes the first city in India to reach the milestone of 1000 KTM 390 Adventure motorcycles sold in a single city. This is a proof that the KTM 390 Adventure is always a choice of a true biking enthusiast who wants a purpose-built motorcycle to conquer multiple terrain.

The KTM 390 Adventure is aimed squarely at motorcyclists who desire a bike to handle short and long tours alike, traversing tarmac roads as well as all kinds of off-road stretches like gravel, slush, water crossing or sand.

“KTM 390 Adventure is playing a pivotal role in building the adventure motorcycle segment in the country. With host of first-in-class features, the vehicle has always been a preferred choice for true biking enthusiasts. Now, Mr. Chakravarthy is the 1000th owner of KTM 390 Adventure in Bangalore city which is the first city to reach this landmark in India. The other metro cities are nearing the benchmark already. We had also launched multiple experiences under KTM Pro-XP program for KTM Adventure owners. A KTM Adventure owner can get trained from KTM experts, explore terrains and ride to breathtaking destinations with fellow KTM owners by participating in KTM Pro-XP events.”

True to its READY TO RACE philosophy, KTM has an unparalleled legacy in motorsports with over 300+ world championships spanning over 66 years since 1953. Since its entry into India in 2012, KTM has grown its presence across 365 cities & 460 stores. KTM has built a strong customer base of over 2.7 lac biking enthusiasts in this short period of time in the premium sport motorcycle segment.