by Chethan Thimmappa
in Bikes, Yamaha
2 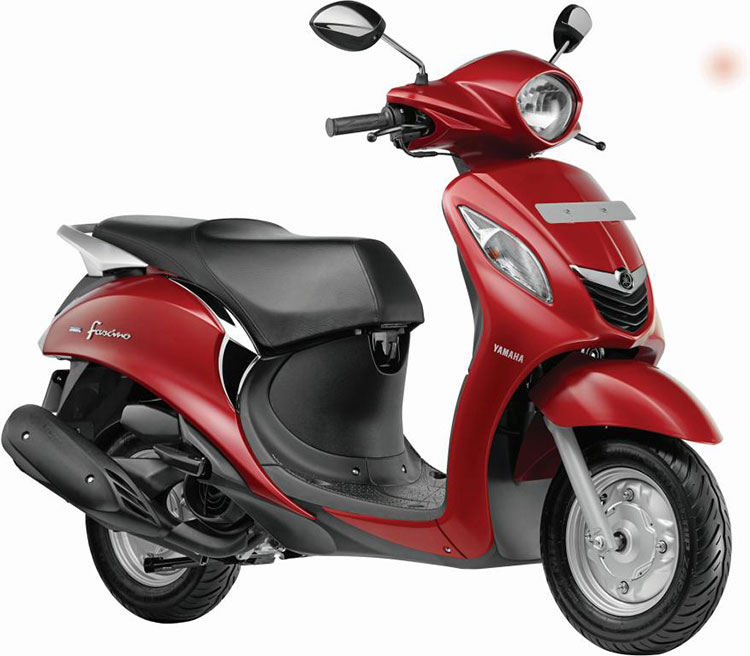 Yamaha has launched a new scooter to the Indian 2 Wheeler market. Yamaha Fascino is the name of the scooter, incidentally, the same name “Fascino” was used by Yamaha for a fashion event. The new scooter Yamaha Fascino has similar build and looks as that of Piaggio Vespa. Interestingly, Yamaha Fascino has claimed the best mileage figure for any existing scooter in India – that is 66 Kmpl.

The scooter’s name Fascino stands for fashion. The Japanese two wheeler company, Yamaha said that the new scooter has comfortable seats, a very large footboard, also the engine of Fascino is equipped with a unique technology by Yamaha called as Yamaha Blue Core technology which is the secret sauce for the company to achieve a mileage of 66 kmpl, under ideal test condition.

The new Yamaha Fascino has been priced at 52,500/- INR (Ex-showrroom Delhi)

The new scooter is powered by 113cc engine. The engine in Fascino is air-cooled and has 2-valves, the same engine which powers Yamaha’s other range of scooters like Yamaha Ray, Yamaha Ray Z and Yamaha Alpha.

Fascino’s single cylinder engine produces a maximum power of 7.1 PS at 7500 RPM and a maximum torque of 8.1 Newton meters of torque at an RPM of 5000, which is mated with a V-Belt automatic transmission. Yamaha Fascino has been equipped with an underbone chassis and also comes with the drum brakes for both rare and front of the bike.

Fascino the bike from the Japanese manufacturer has seat height of 775 mm. People were expecting the 2-wheeler maker to launch a 125cc scooter, but the Japanese company has continued to launch scooters which are similar to that of Yamaha Ray, one of the popular scooters from Yamaha.  A very reasonable pricing of Yamaha Fascino shall definitely attract the consumers who are in the likes of  Piaggio’s popular Vespa motorcycles. In the other news, Piaggio sells 200 units of scooters in a month.