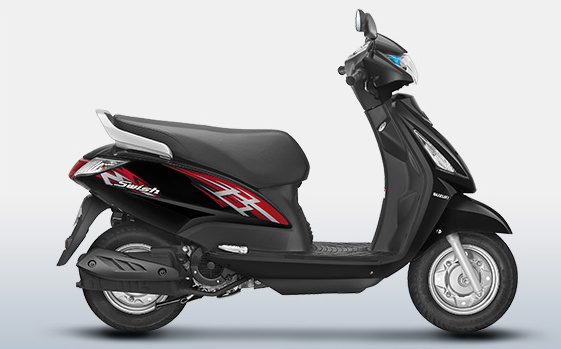 Japanese two wheeler maker Suzuki is in news for the second time in this month. Most of the things are happening in the Suzuki’s scooter segment. First, it was the release of Let’s scooter in dual-tone colours and now it is about launch of new refreshed Suzuki Swish in India. The all new 2015 Suzuki Swish has been launched in India at 57,529 INR. 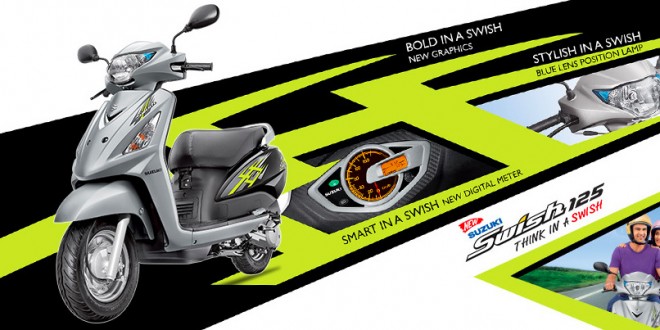 New Suzuki Swish is powered by similar specifications as that of its predecessors. Swish comes with 125cc, single-cylinder, OHC, 4-stroke petrol engine that churns out a maximum power of 8.58 BHP and a peak torque of 9.8 Nm which is in turn matched to a CVT gearbox.