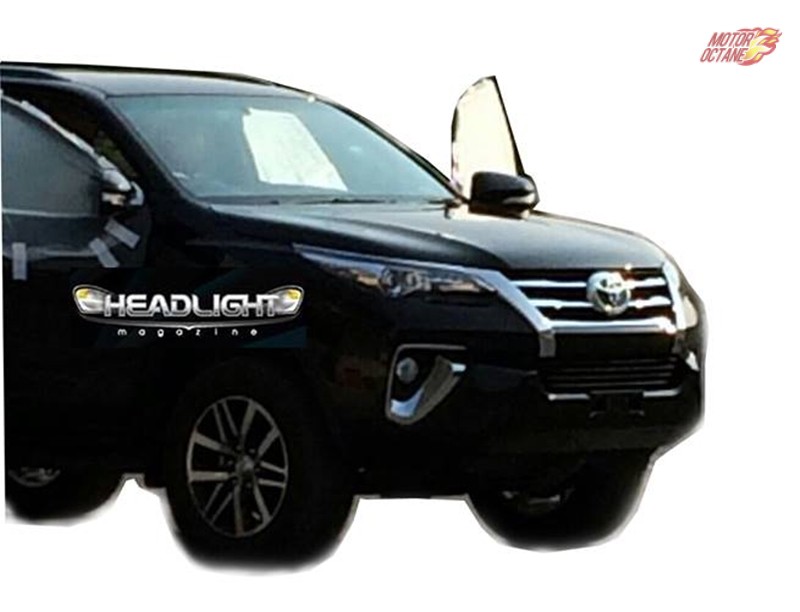 The new SUV from Toyota – next generation Toyota Fortuner has been spotted in one of the Indian roads and the design of the car resembles the Hilux. If you did not know before, the new Toyota Fortuner, Innova as well as the Hilux are based on the same platform, however all the 3 cars would look entirely different in the next-generation version.

Do not expect petrol powered Toyota Fortuner as it is going to be launched in Gulf countries first. Automobile portal named HeadlightMag first spotted the new Fortuner on road which was then reported by MotorOctane.

The all new Toyota Fortuner would possess a very similar dimensions to that of the currently sold Fortuner version, however it would come with a better driving dynamics and the off-roading capabilities of the car would be enhanced. The anticipated next generation Toyota Innova too would be lighter as well as the engine on the MPV(Multi-Purpose Vehicle) is going to be downsized.

The Japanese automaker is also looking at increasing the fuel efficiency of Toyota Fortuner, the Hilux and the Innova. In the other note, the Hilux from Toyota would not be making it to India.

Mahindra & Mahindra Ltd. today announced that it has clocked 65000 bookings for the XUV700 in two weeks since its...