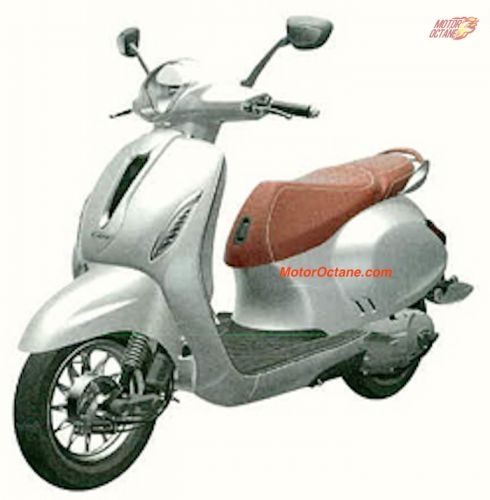 Decades ago, Bajaj Chetak was one of the popular and hot selling scooters in Indian market. The two wheeler industry was mainly dominated by scooters like Sunny, Hero Puch, Bajaj’s Chetak and Priya. As time passed, traditional scooters like these decreased in numbers and gave way for motorcycles and automatic scooters in India. Bajaj Auto‘s 2 wheeler division which currently manufactures only motorcycles in India is rumoured to enter the scooter competition in coming days. Automatic scooters is a growing market in India and it has taken over the motorcycles as well.

On Internet, leaked image of New Bajaj Chetak 2017 is doing rounds. Automobile portal MotorOctane has received confirmed reports that reveals Bajaj has re-registered its Chetak brand and one can possibly expect a brand new generation of Chetak scooter entering the Indian market.

There are reports that Bajaj would be likely getting the Chetak with 125cc engine. The next generation 125cc scooter by Bajaj shall take on Vespa and other premium scooters in India.

Bajaj  Chetak was once a household name and then was popularised as “Humara Bajaj”  (Our Bajaj) . Chetak had brought good fortunes to Bajaj in terms of success.  The re-entry of Bajaj Chetak in the form of new generation 2017 Chetak automatic scooter is welcoming.  The iconic  “Humara Bajaj” tagline could create a magic in the 2-wheeler industry.