by Nikhil Thorvat
in Cars, Ford
0 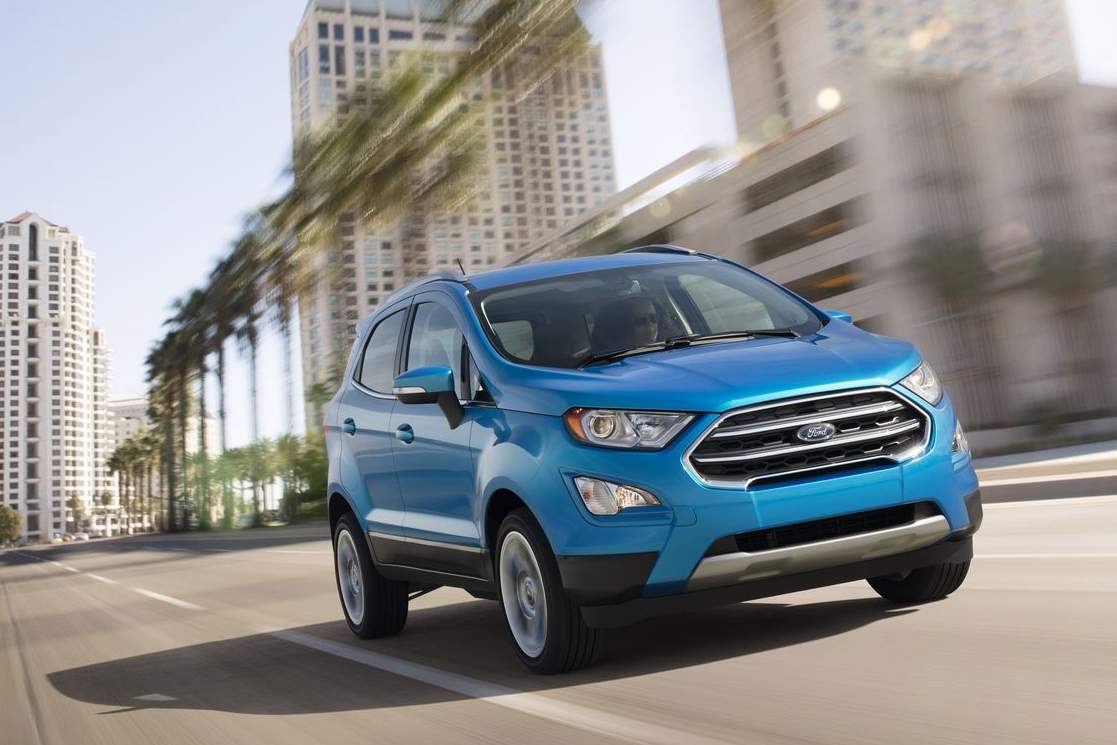 Ford has releaved the new 2017 India-bound Ford EcoSport ahead of the 2016 Los Angeles motor show in USA. There are a few design changes that Ford has worked to show us the face-lifted model of the new EcoSport. The changes in the EcoSport is seen on the outside as well as the inside. Ford EcoSport in India needed an upgrade to  blend with all other compact SUV’s  and win the compact SUV segment all over again. 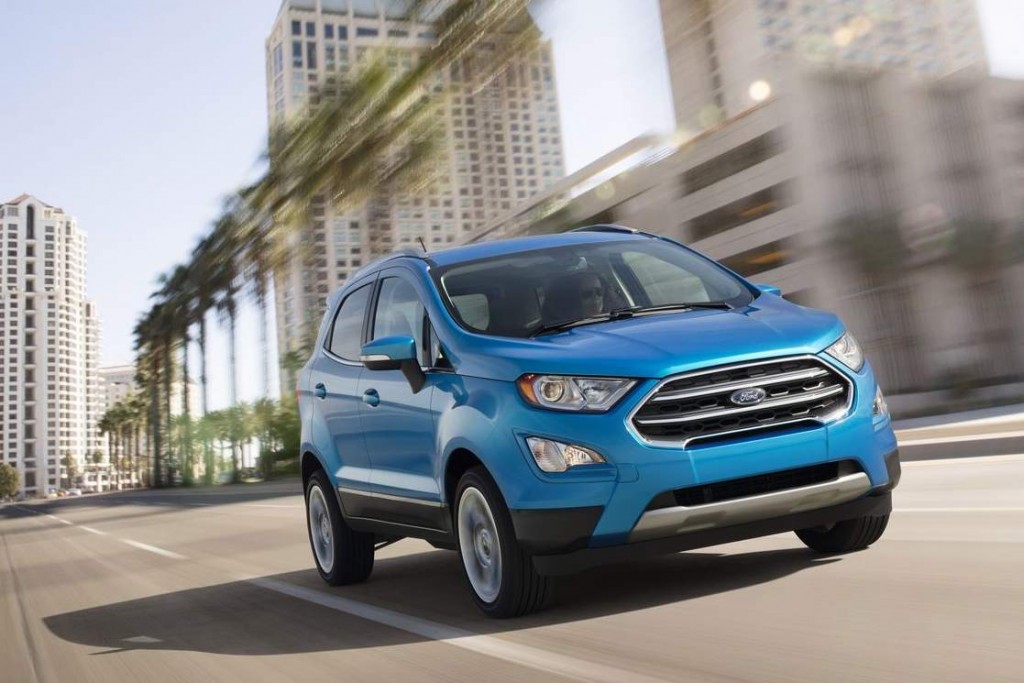 The changes made to the new EcoSport is well seen on the outside with new mean looking projector headlamps with DRL’s, the grille now is a hexagonal type with twin slats and accommodates a Ford logo in the middle. Honey comb air dams, Faux skid plate underneath the bumper is seen as a new addition. Front bumper is revised to accommodate a larger fog lamp setup which is different from the round one currently available. 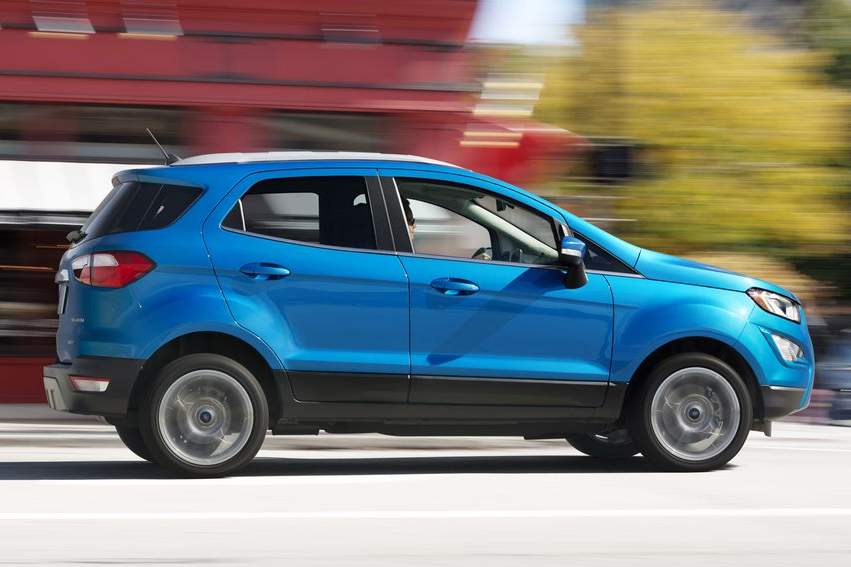 Come to the side and the side profile looks the same with crease lines running all the way to the rear of the car. All new alloy wheels look fantastic. Rear end of the car sees no changes except the faux skip plate and the removed Tail-gate mounted spare wheel.

The interiors on the new EcoSport gets a fresh design. All black interiors with orange accents looks way better than the one on the existing model. Interior changes are a many with all new steering wheel, dashboard, center mounted infotainment system, horizontal air-con vents and the instrument cluster.

The new EcoSport is available with a 1.0 litre EcoBoost engine and a 2-litre naturally aspirated petrol engines. Ford might get the 1.0 litre EcoBoost, 1.5 litre 100 PS TDCi diesel and petrol engines to India. New EcoSport, when it comes to India, will rival the compact SUV’s like the Maruti Vitara Brezza, Hyundai Creta and also the Renault Duster. Expect the new Ford EcoSport to be priced close to a lakh more than the current price of INR 7.07- 10.12 lakh rupees (ex-showroom Bangalore). 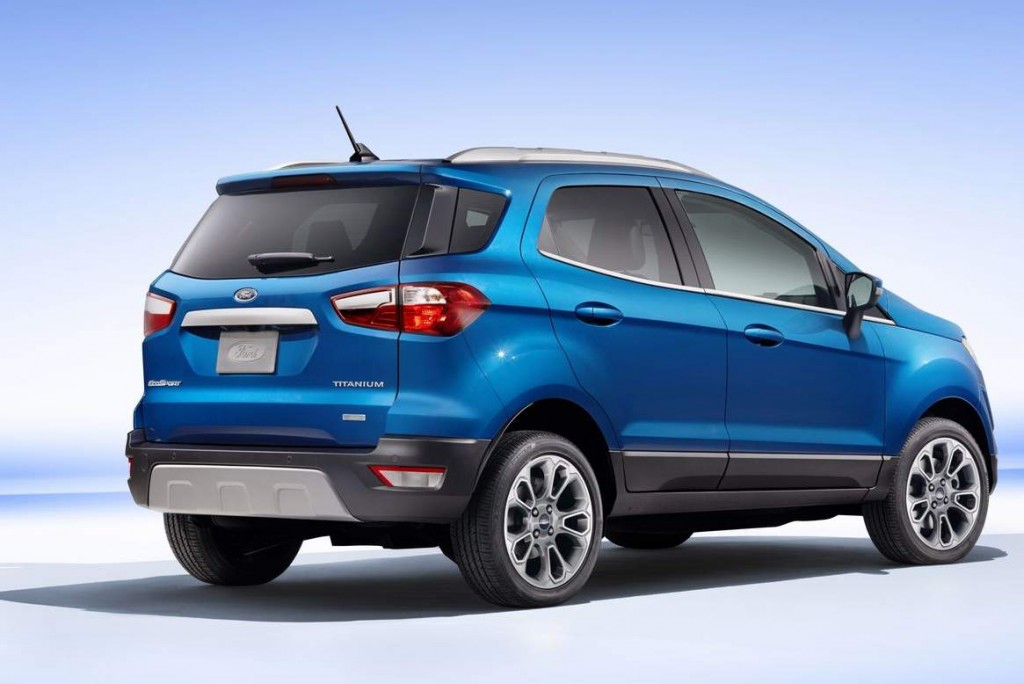