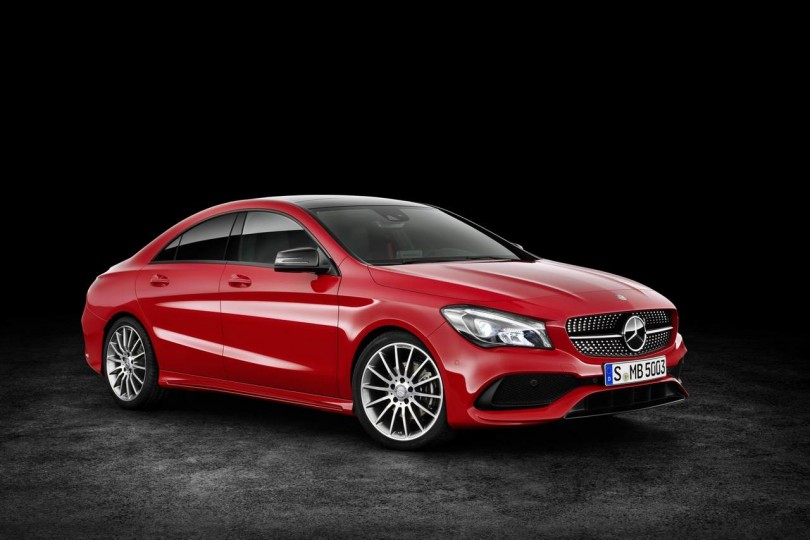 Even before its public unveiling at New York Auto Show which is going to happen next week, the photos of 2017 Mercedes CLA facelift as well as CLA Shootingbrake faccelift are reported. This updated version of sedan from Mercedes offers a minor styling revisions as well as equipment upgrades.

As predicted, the duo receive the same set of enhancements that the A Class hatchback received last year.

The cosmetic changes that you find in the 2017 Mercedes CLA include standard diamond grille which has got the glossy black finish, reprofiled bumpers, new alloy wheels, Multibeam LED headlights with new DRLs, revised taillight detailing as well as new dual exhaust. The facelifted Mercedes CLA would also be made available in a new Cavansite Blue Metallic exterior color . 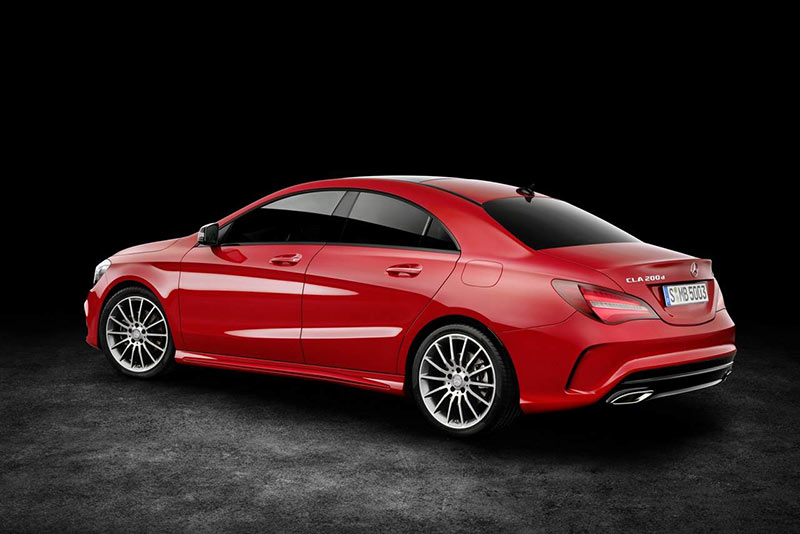 As per the reports, talking about the interior of the new 2017 Mercedes CLA, the dashboard gets new trim options like aluminium, black ash wood and honeycomb grain as well as black DINAMICA microfibre.  There are also different range of seat cover options available with 2017 Mercedes CLA.

The car gets a 8-inch command infotainment system which gets a new glass cover style.  Other upgrades of the car include support for Apple CarPlay and also Android Auto smartphone connectivity.

2017 Mercedes facelift comes with 2 different petrol engine options –  One is 1.6-litre engine and the other is 2.0-litre turbocharged engine that are made available in a total of 7 states of tune, who power outputs are in the range of  122 PS to 381 PS (CLA 45 AMG).

The 2017 Mercedes CLA facelift is slated to go on sale in Germany in July before going on sale in rest of Europe. Launch in the US will happen in Q3 2016. We can expect the updated compact luxury sedan to reach our shores by early 2017.