by Chethan Thimmappa
in Cars, Nissan
1 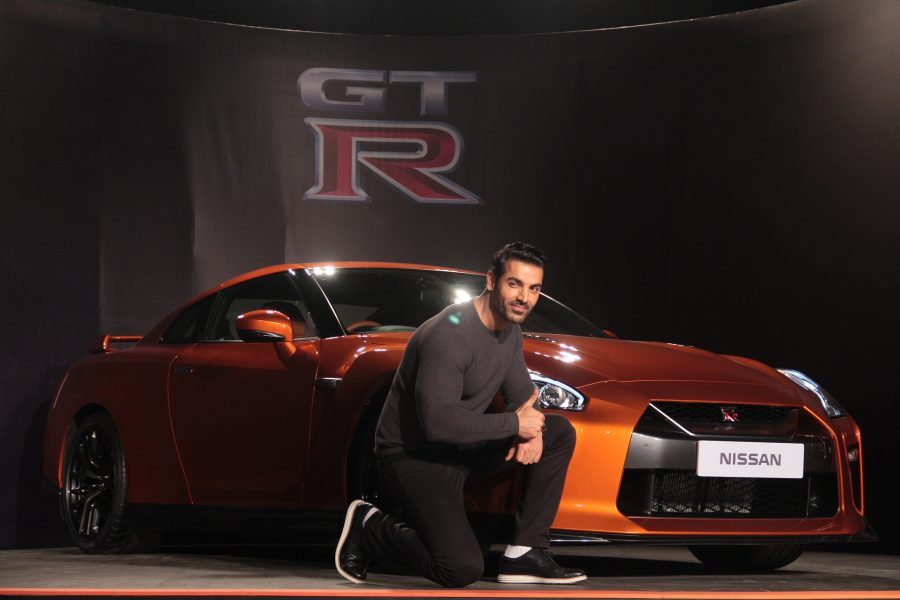 The Nissan GT-R is the iconic supercar that embodies the pinnacle of Nissan’s engineering prowess and driving performance. In its latest incarnation, the 2017 model sports Nissan’s latest design language and is replete with cutting-edge technology. 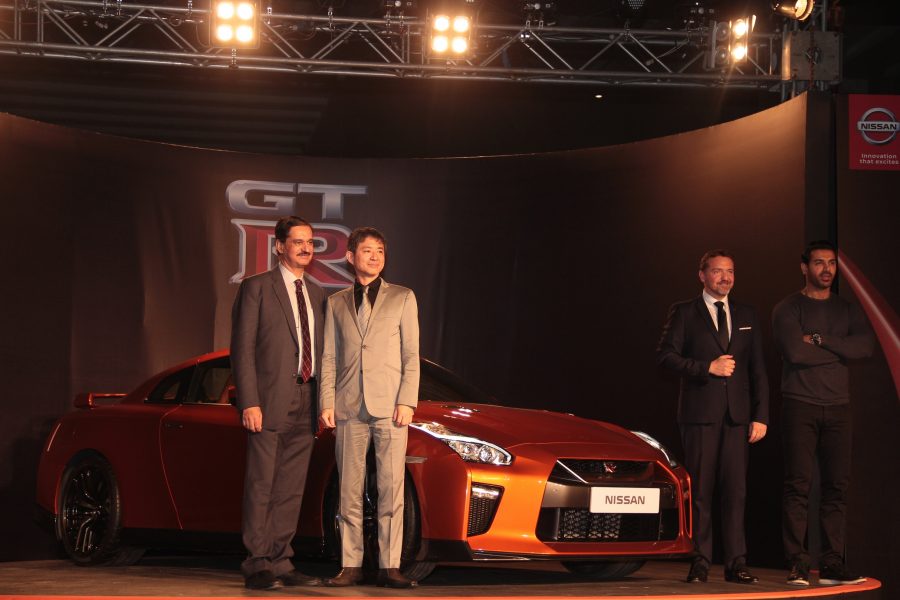 The new signature V-Motion grille, exceptional aerodynamic performance, precision-crafted powertrain and upgraded interior have given the GT-R a more mature character which reinforces its status as one of the most revered performance cars in the world.

The GT-R is a very special car for Nissan and we are delighted to add it to our Indian line-up for the first time in its history. It is the epitome of Nissan’s technology and design, and demonstrates our brand promise of ‘Innovation and Excitement’. It also continues our commitment to our Indian customers to offer an evolving range of dynamic and exciting new models. The GT-R will give a great boost to the Nissan brand in India and is guaranteed to turn many heads.

We have continued to push the GT-R’s performance boundaries to the outer limits making it even more potent than before. At the same time, we have also added refinement to take the driving pleasure to an entirely new level. India is a new market for the GT-R and we’re proud to bring what we feel is the ‘ultimate GT’, possessing amazing performance, comfort and a rich racing heritage

In keeping with GT-R’s image, deliveries of the new model started with Bollywood action star and Nissan Brand Ambassador, John Abraham, receiving the keys to his very own GT-R.

Excited about the latest addition to his garage, Abraham said,

I have had my heart set on the GT-R from the first time I saw one. I consider it to be an embodiment of myself on four wheels – powerful, muscular and fast. When I drove a GT-R earlier this year I knew I had to have one, and today my dream has come true. 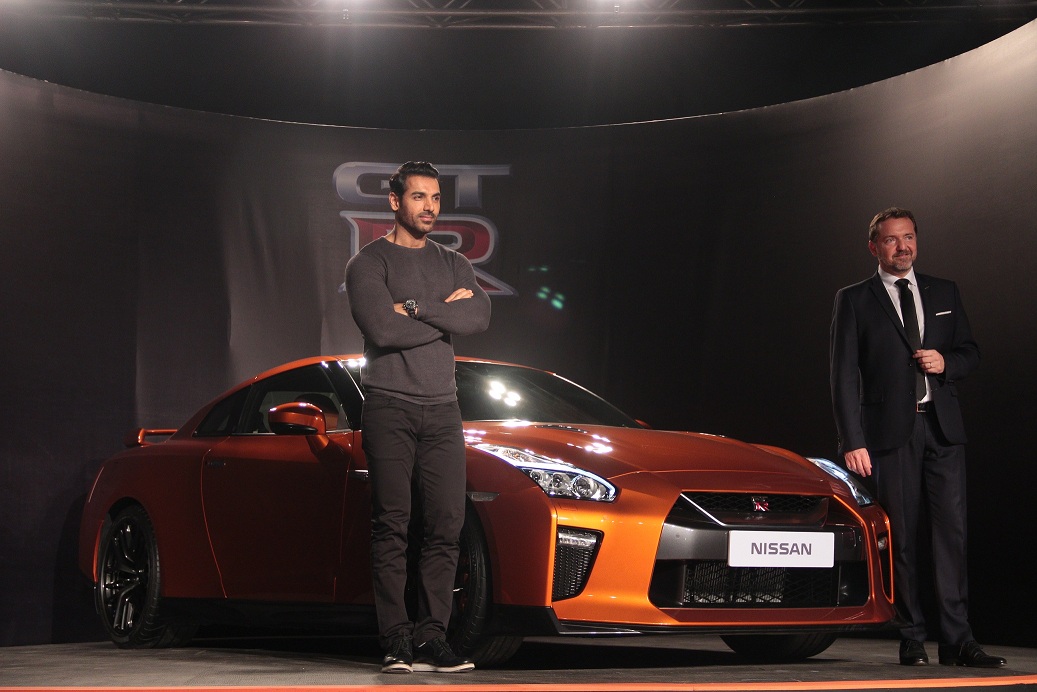 The 2017 Nissan GT-R is produced at Nissan’s state of the art plant in Tochigi, Japan, and will be brought to India as a CBU (Completely Built-up Unit). It will be sold exclusively through the Nissan Dealership in Noida, National Capital Region (NCR). This dealership will also house India’s first Nissan High Performance Centre (NHPC), which will be solely responsible for the service of the car.

Nissan started taking orders for the GT-R in India in September this year and deliveries to customers who have already booked will be among the first lucky group to receive one.

Nissan unveiled the new 2017 GT-R at the New York International Auto Show in March this year, highlighted by an exciting new look both inside and out, as well as major driving-performance enhancements and key new features. They represent the most significant changes made to the model since it was introduced in 2007.

The new GT-R’s exterior gets a complete makeover across the front end. The new matte chrome finish “V-motion” grille represents one of Nissan’s latest design signatures. It has been enlarged to provide better engine cooling and now features an updated mesh pattern.

A new hood, which flows flawlessly from the grille, has been significantly reinforced, contributing to stability during high-speed driving. A freshly-designed front spoiler lip and front bumpers with finishers situated immediately below the headlamps give the new GT-R the look of a pure-bred racecar, while generating high levels of front downforce.

The GT-R’s familiar wind-cutting shape defines its profile, but the side sills have been pushed out to improve air flow. The rear of the car also received a thorough makeover. While the GT-R’s hallmark four-ring taillights remain, look closely and you’ll notice new bodywork to help improve air flow, as well as side air vents next to the quad exhaust tips. 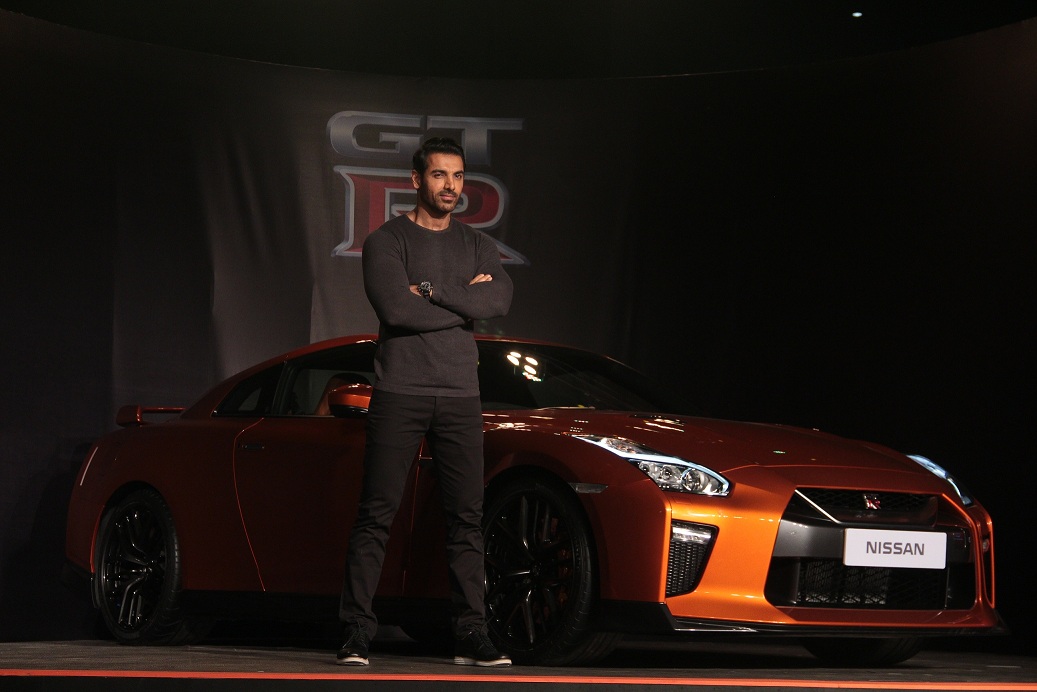 Also, the belt line that separates the lower black section from the body panel has been heightened to make the car look wider and more aggressive from the rear. These exterior changes don’t result just in a sportier-looking car, but an aerodynamically efficient one, with less drag but retaining the same amount of downforce as the current GT-R to keep the car stable at high speeds.

Step into the cabin, and you’re greeted by a premium interior that is befitting a high-performance sports car of this caliber. The entire dashboard and instrument panel are new and covered with high-quality leather artfully stitched together with TAKUMI precision. The shape of the dashboard adopts a “horizontal flow” that delivers a sense of high stability for the car’s front-seat occupants, while the line from the instrument cluster to the center console provides a distinct driver-oriented environment for those behind the steering wheel.

The center dashboard layout has also been improved and simplified. Integrated controls reduce the number of switches from 27 in the previous model to only 11 in the 2017 model. An enlarged 8-inch touch-panel monitor features large icons on the display screen to make it easy to operate. A new Display command control on the carbon-fiber center console allows easy operation.

The shift paddles are now mounted to the new steering wheel, allowing drivers to change gears in mid-turn without having to take their hands off the wheel. The paddles themselves, along with the ventilation controls, have improved feel and better sound when engaged or adjusted.

The GT-R’s award-winning 3.8-liter V6 24-valve twin-turbocharged engine—each unit handcrafted by its own TAKUMI technician—now delivers 565HP at 6800 rpm and 637Nm of torque. The engines are the definition of TAKUMI expertise. The improved output, which are the result of individual ignition-timing control of the cylinders and extra boost from the turbochargers, allow the new GT-R to possess superior acceleration in the mid- to high-ranges (3200 rpm and above). 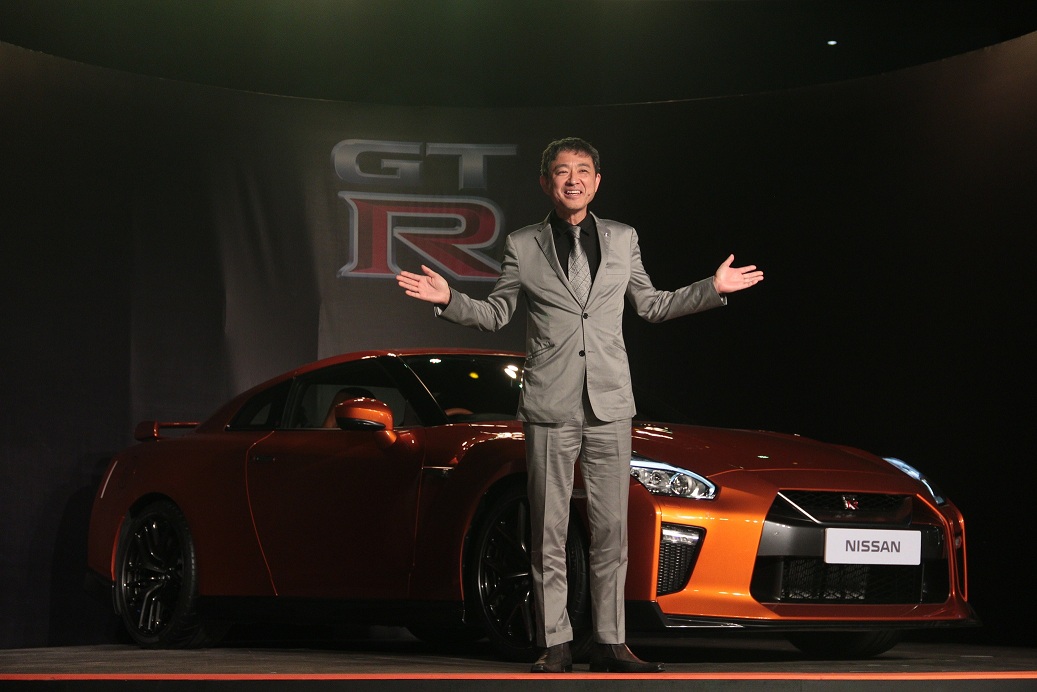 It comes mated to a thoroughly refined 6-speed dual-clutch transmission that features smoother shifts and less noise. That familiar GT-R tone also has been upgraded with an engine that has never sounded better. The resonance of the new titanium mufflers and Active Sound Enhancement (ASE) enhance the driving experience during acceleration.

The GT-R has always been regarded as one of the world’s best handling machines, and for 2017, its cornering abilities have become even better. A more rigid body structure and new suspension result in better stability through quick lateral transitions and higher overall cornering speed. Providing the grip are sticky 20 inch tires, wrapped around new “Y-spoke” machine-finished forged aluminum wheels.

Despite all the performance enhancements, the 2017 GT-R is the most comfortable model to date, with a new sense of elegance and civility that one would rarely find in such a high-performance supercar. The new GT-R exhibits a smoother ride quality than the outgoing model, and its cabin remains much quieter at all speeds and new sound absorption materials.

New for the 2017 GT-R are fresh colors inside and out that complement the car’s sophisticated character. In India, the GT-R will be offered in the European spec Premium Edition and will be available in Katsura Orange (new for 2017), Vibrant Red, Pearl Black, Pearl White, Racing Blue, Gun Metallic and Ultimate Silver. The choice of interior trim includes Red, Tan, Ivory & Black.