by Nikhil Thorvat
in Bikes, Yamaha
1 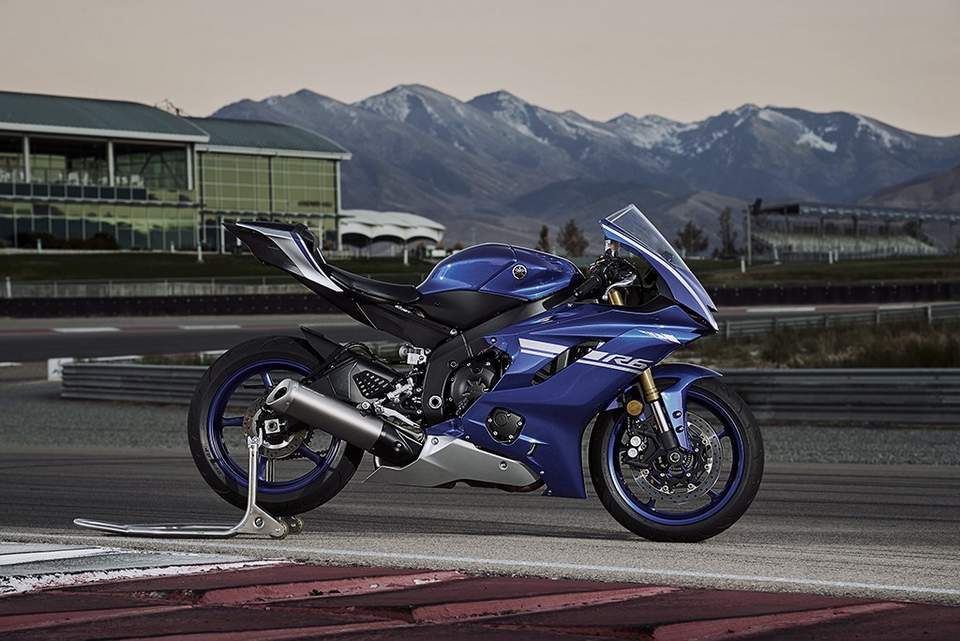 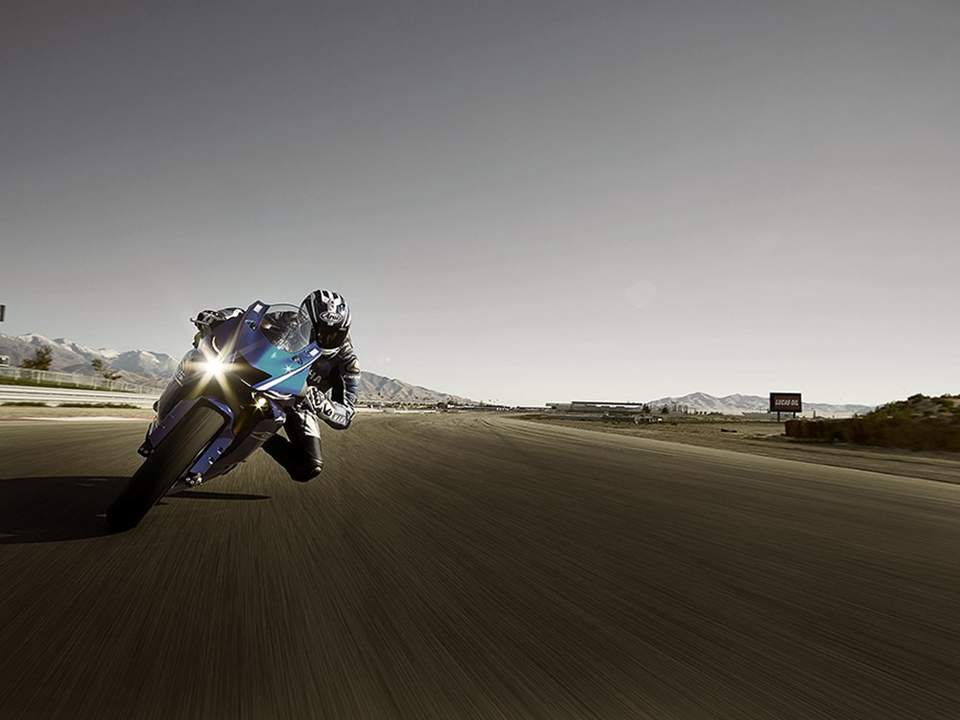 Yamaha has now unveiled their newest iteration of their middleweight super-bike, Yamaha YZF R-6. R-6’s design is completely based on the 2015 Yamaha R-1 and it isn’t hard to say so after you look at the bike. Yamaha introduced the R-1 last year which stood out from the crowd with how amazing it looked. The Japanese automaker wanted people to ‘wow’ at the R-6 too and hence, the design. 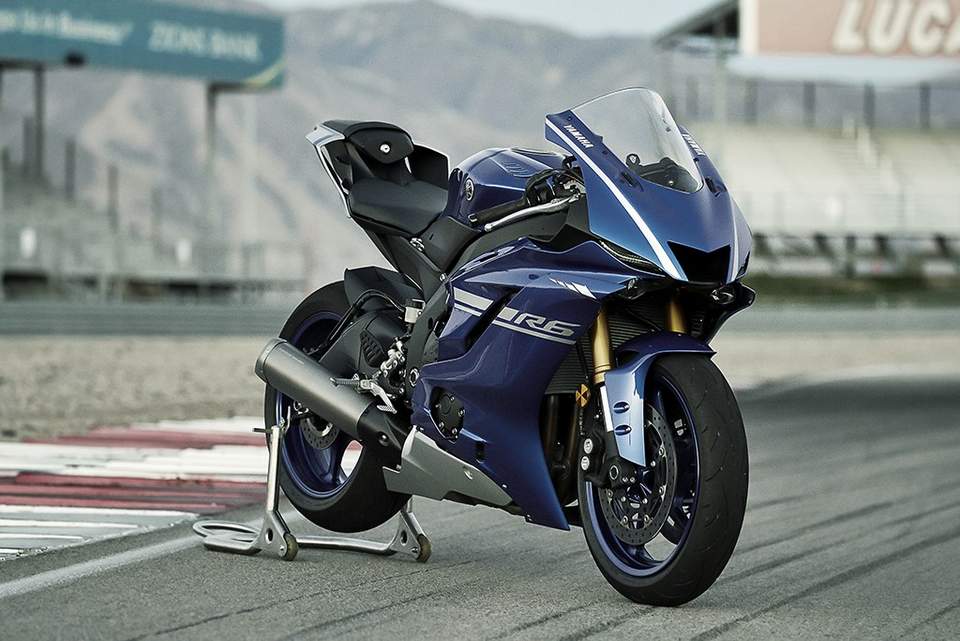 The new R-6 gets full LED lighting with mirror mounted turn indicators to reduce turbulence and drag. R-6 also gets a redesigned front cowl and windscreen, low drag front fairing has been designed out of the key elements from the YZF R-1 which results in the the increase of aerodynamic efficiency by 8%. The R-6 is equipped with a new bodywork which makes it the most efficient aerodynamic motorcycle produced by Yamaha. Aluminum tank adds for a more aggressive look while the tail section has been inspired by the YZF R-1. 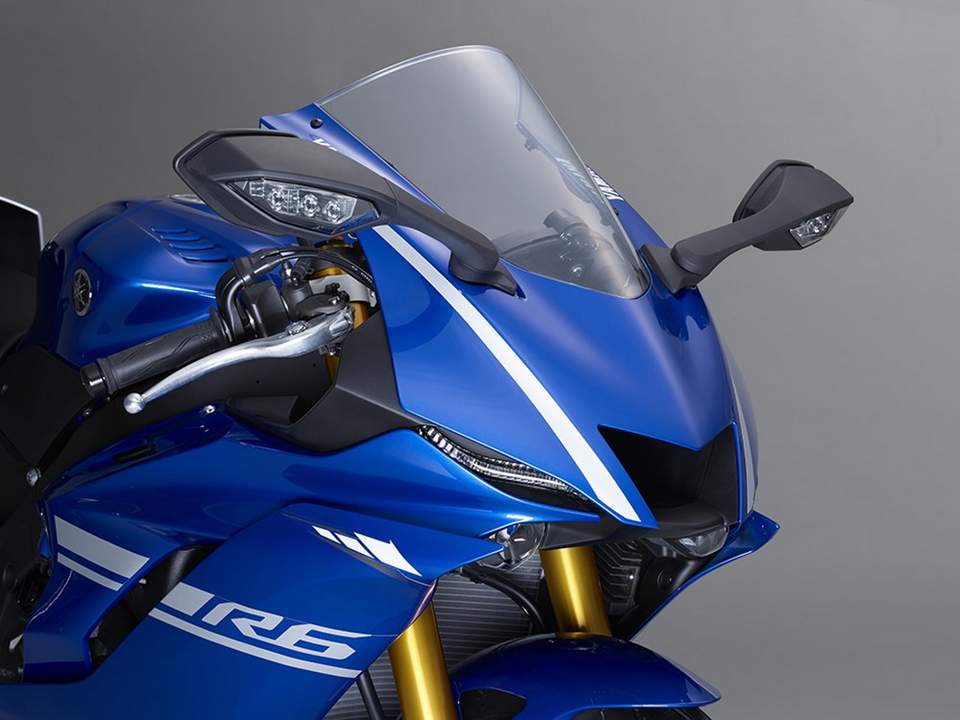 YZF R-6 comes equipped with an advanced traction control system (TCS) which features 6 levels of selectable intervention. This intelligent software makes sure there is no unwanted interruption when it intervenes and also compensates for rear tyre wear for consistent performance. Electronic package of the Yamaha R-6 includes the D- Mode system as seen on other Yamaha bikes which lets the rider choose between standard mode, ‘A’ mode and ‘B’ mode. 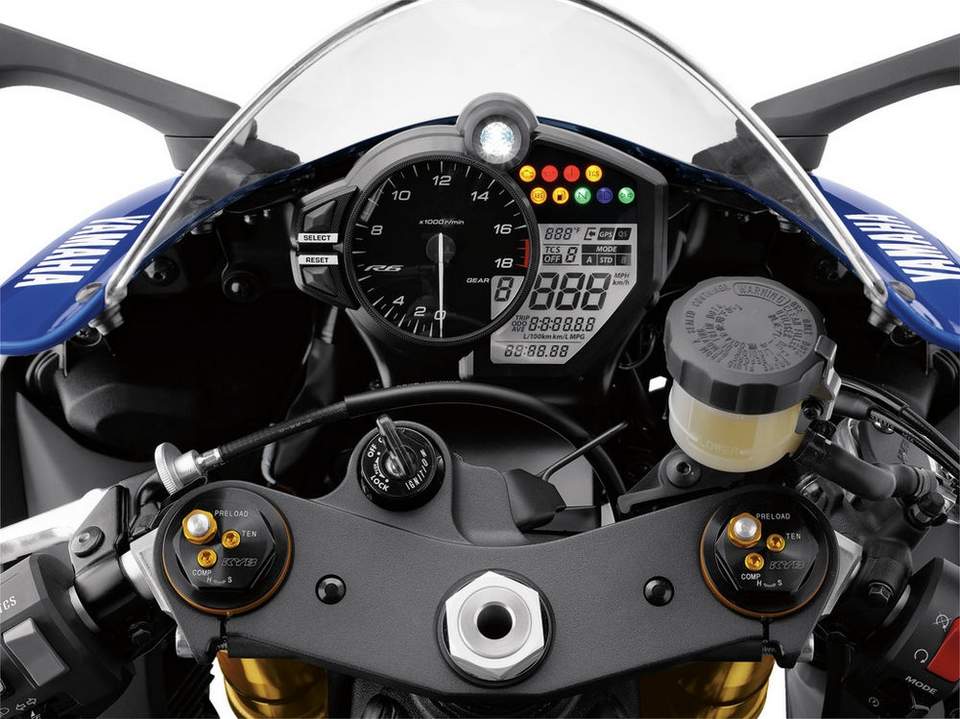 The new Yamaha R-6 gets advanced KYB 43mm inverted forks at the front, offering 3 way adjustability, with all adjustments at the top of the fork. Moreover, it gets a 25mm axle shaft, further boosting rigidity and wheel control, and providing a more planted ride experience. The new R-6 also uses the same dual 320mm front rotors with four-piston radial-mount calipers with ABS which are found on the R-1. The rear comes with a 220mm disc also with ABS. 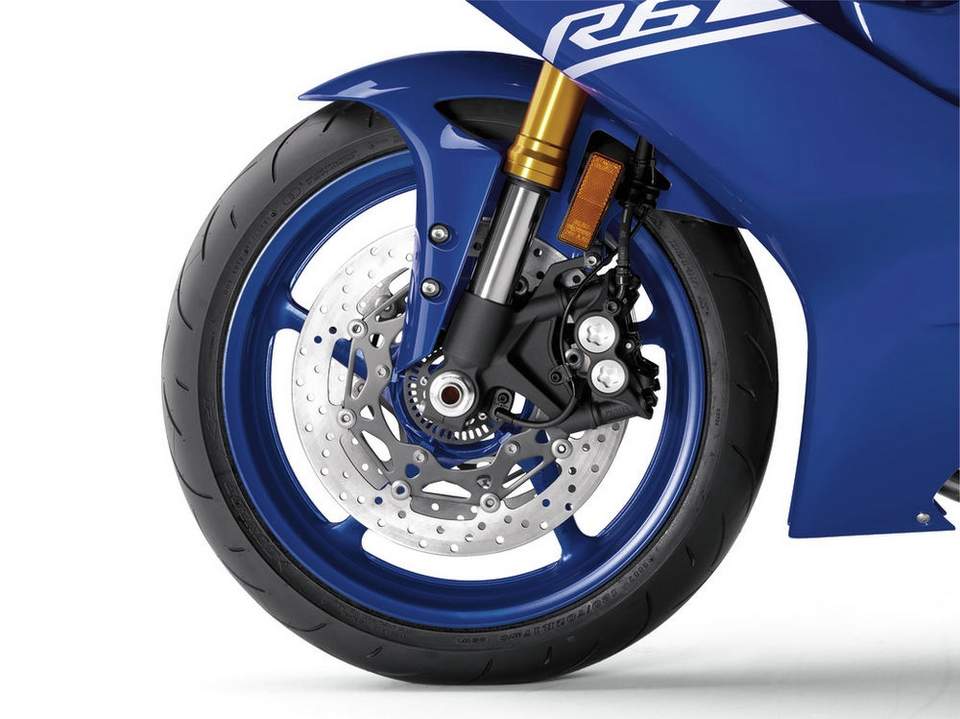 2017 YZF R-6 will come powered by the same 599cc, inline-four engine which powers its predecessor. Yamaha hasn’t revealed the power figures yet. The updated engine with lightweight magnesium covers, a 6-speed transmission, titanium valves and a tested race spec exhaust makes us believe there will be considerable boost in the power of the R-6. The bike gets slipper clutch as standard, while an electronic quick-shifter for clutchless full-throttle upshifts is available as optional extra. 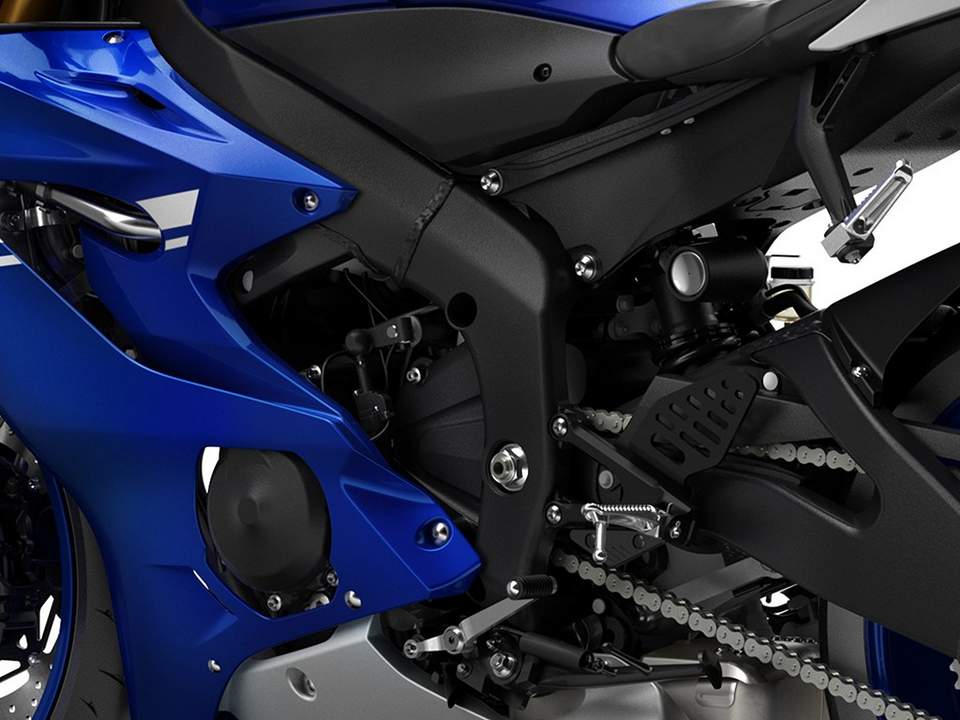 2017 Yamaha R-6 will be available in three color options — Matte Black, Team Yamaha Blue, and Intensity White/Matte Silver; and the bike has been priced at $12,199 (around INR 8.14 lakh) internationally. We are not sure if Yamaha is planning on getting the R-6 to India and we wait to know more about the same. 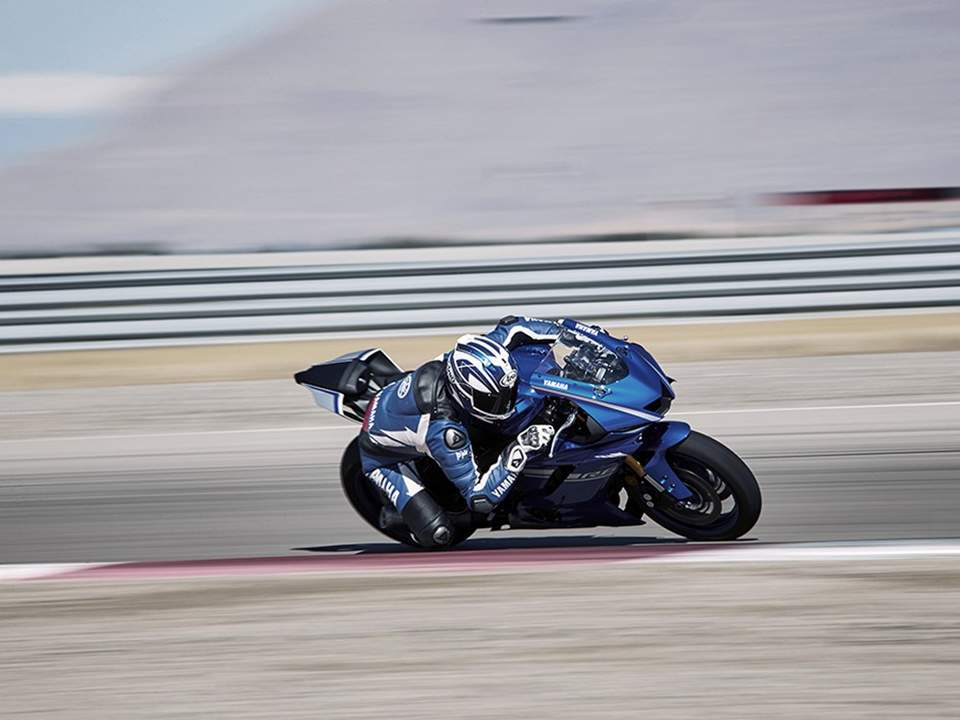 […] we had reported about Yamaha’s official release on its upcoming race bike YZF-R6. As reported earlier, the design of Yamaha R-6 is fully based on 2015 Yamaha R-1 and the bike tries […]