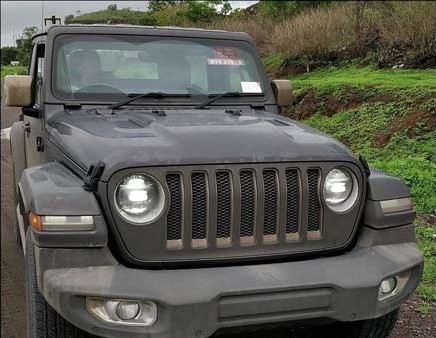 Jeep unveiled the fourth-gen Wrangler (JL Series) at the 2017 Los Angeles Auto Show and declared that it will be going on sale in some international markets this year.  Jeep had earlier mentioned that the

“Wrangler was subjected to global test miles as well as in countries such as China, Brazil, India, Australia, and Italy.”

The wrangler that was spotted had an all-black interior along with leather cladded seats. Report suggested, the test mule was a right-hand-drive variant which is not available on sale even in the international markets. The RHD Wrangler is expected to be built by the end of this year for the UK market. So the same variant will be introduced in India since the Wrangler takes the CBU route. 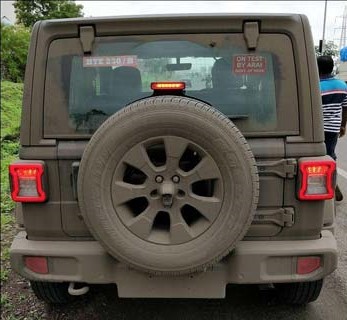 The new Jeep Wrangler replaces the 2.8-litre diesel with a newer 3.0-litre unit producing 260bhp/600Nm. The 2.0-litre petrol and 3.6-litre Pentastar engine are carried forward from the older car. Gearbox is an eight-speed unit with off-road gadgets including full-time 4×4, transfer case, low range gearbox, and locking differentials. The new generation of the Wrangler gets updated in terms of appearance. The boxy design has been slightly tweaked and the tail lamps have the new signature. However, it gets the same signature seven-slot grille, LED headlamps and redesigned bumpers. The cabin is now entirely reworked, it sports a touchscreen system, button start, a digital instrument cluster, climate control, leather seats, and other premium features

Talking about the price, the new jeep will get the same price tag as the current model to maintain continuity and the relatively strong numbers in terms of sale of its CBU models.