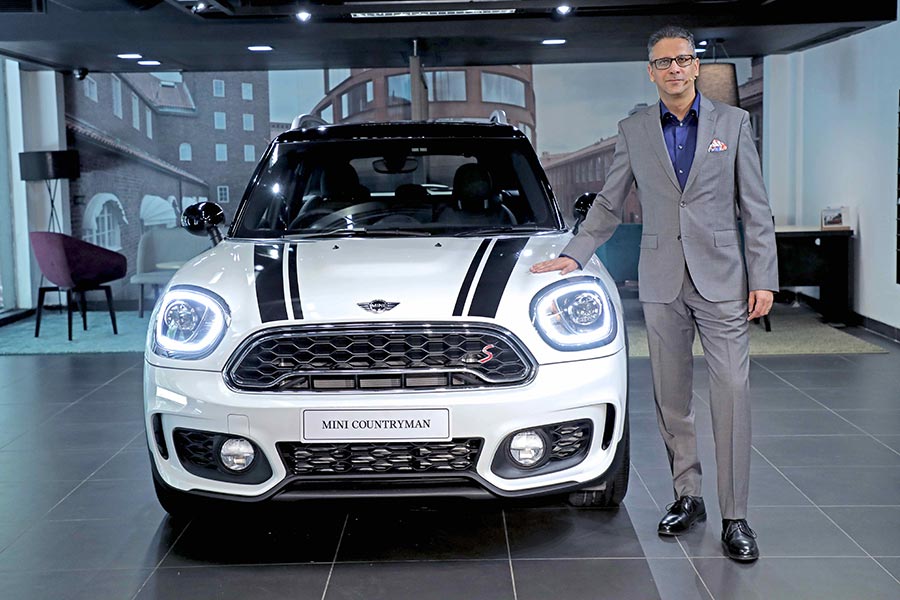 The all-new MINI Countryman is built for adventure and an ideal companion for city trips to country getaways and long journeys. The second generation of the MINI Countryman represents a more distinctive and mature proposition of an ultimate all-rounder with ample space for you and your family. It is a perfect fit for an urban environment offering unique driving comfort, refined interiors and clever functionality. Every road marks the beginning of a new chapter, whether it’s a winding country road or the bustle of the city, now you can truly unleash your inner adventurer.

Bird Automotive, authorised MINI Dealership in New Delhi where the launch took place, showcases MINI’s new personality combining all aspects of the brand and bringing them to life. The new MINI showroom design concept is an amalgamation of functionality, creativity and authenticity. The creative use of space combined with the use of natural materials is true to MINI’s progressive and inventive spirit. A simple yet contrasting ambience creates a sense of design and exclusivity. MINI’s passionate and inspiring character is reflected through the entire styling concept right from the furnishing to the smallest details. The urban environment facilitates engaging conversations between people and creates an energetic atmosphere.

MINI has been recognized for its ideas, inspiration and passion. We want to continue this successful story with a refined brand strategy and a visually-renewed identity. The latest redesign of MINI logo and showroom brings in a new chapter in the inspiring history of the brand. The purpose of reinventing ourselves is to become even closer to the MINI target group ideology that is progressive, creative and modern.

MINI Countryman Cooper SD features the Cooper SD engine for the first time in India that delivers 190 hp and 400 nm torque. With superior handling, no city corner or hill climb is a challenge. The Panorama Glass Roof and Electric Seat Adjustment with memory further adds convenience and driving fun.