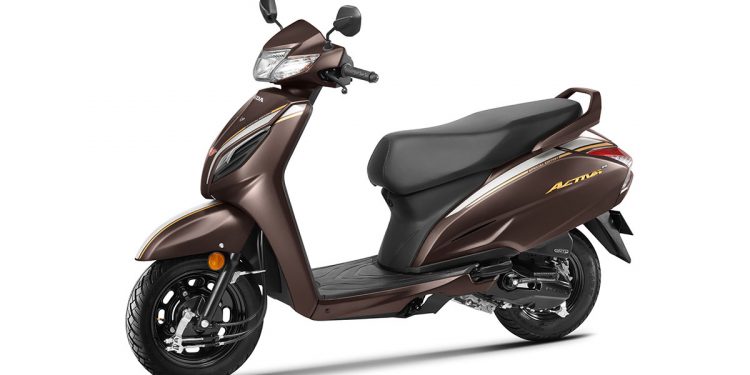 The game changer of the Indian two wheeler industry – Activa has entered into its two decades of successful run in the country. Celebrating the success of Activa’s 20-years unparalleled journey of leadership and trust of over 2 crore Indian customers, Honda Motorcycle & Scooter India Pvt. Ltd. today launched the special 20th anniversary edition of Activa 6G.

“The legend was born 20 years ago, when Honda realized The Power of Dreams of India with its debut model – Activa. Since then, every new generation of Honda Activa has introduced Indian riders to advance global technologies ahead of time – be it Combi-Brake System in 2009 (a decade before the norms), Honda Eco Technology (HET) in 2013 or the latest enhanced Smart Power (eSP) technology and 26 new patent applications in 2020 Activa 6G. Celebrating Indian customers love and trust on Activa – the true gold standard of unisex family commute, we are delighted to launch the special 20th Anniversary edition of Activa 6G.”

“Delighting lacs of new customers every month, Activa is the torch bearer of India’s two wheeler industry. We are proud to be a part of everyday life of incredible India. Today, there is hardly any place in India where you can’t spot a Activa. As a first choice of every Indian family, this specially curated 20th anniversary edition is to celebrates Activa’s inseparable bond with our customers. Starting from the brand new Matte Mature Brown colour which is a first ever introduction on any Honda scooter to the distinctive gold embossed logos and more distinctive design cues, Activa 6G – 20th anniversary edition is as precious as gold!”

The overall royal appeal of 20th anniversary edition Activa 6G is enhanced by the all new colour – Matte Mature Brown with matching rear grab-rails and also in Pearl Nightstar Black. Providing more distinctive look are the shiny embossed 20th year anniversary logo and the special golden Activa logo.  Instantly recognizable new stripes on front adds to the visual drama and makes the Activa 6G standout in the crowd. The firm on road grip gets stylish with the help of black steel wheels on both front and rear. Further accentuating the modern looks are the brown inner cover and seats. Enclosing the compact weight crankshaft is the black crankcase cover.

With a BSVI engine powered by eSP, the Activa 6G is developed with as many as 26 patent applications and a plethora of advanced features. Honda’s trusted 110cc PGM-FI HET (Honda Eco Technology) engine brings future technology to the present and results in 10% increased mileage. The sophisticated and precise Enhanced Smart Power (eSP) technology with unique Honda ACG starter for a Silent Start every time. Adding new value to this, are the many new incredible features. The new telescopic suspension with increased ground clearance ensures smoother rider over rough roads. Moreover, the new engine start/stop switch, new external fuel lid easily accessible by the integrated dual function switch and bigger 12-inch front wheel make the Activa 6G – a true game changer.