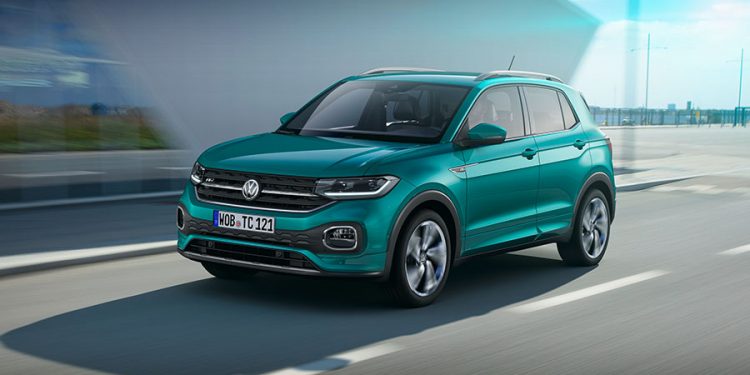 With the T-Cross, Volkswagen introduces another new SUV model: even shorter and therefore better suited to the city than the T–Roc, and even more compact than the Tiguan. Ralf Brandstätter, Chief Operating Officer of Volkswagen Brand, explained at the world premiere in Amsterdam:

We’re actually presenting the T-Cross today three times over – we unveiled it a few hours ago in Shanghai, and São Paulo will follow later tonight. It shows just how important the T-Cross is to the Volkswagen brand as a truly global product. 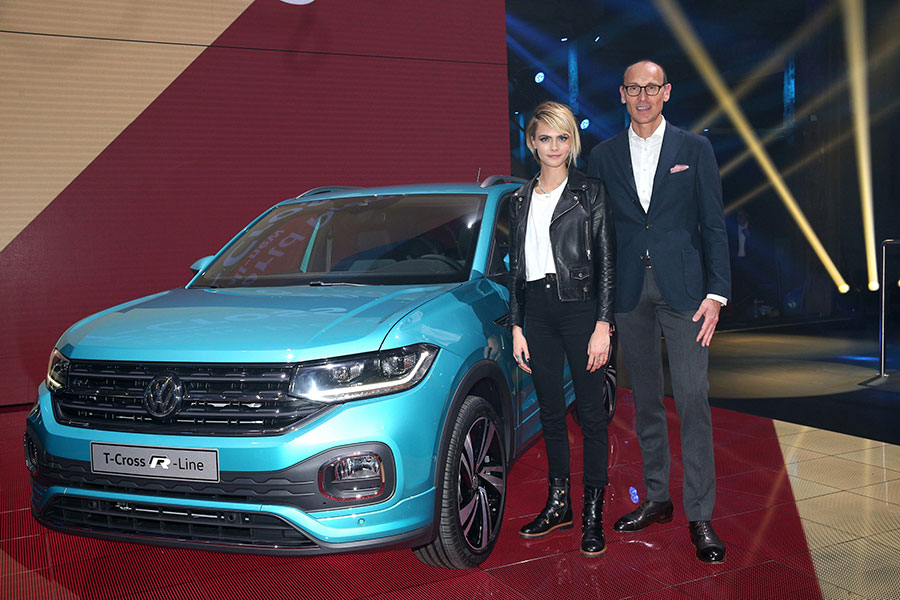 Brandstätter introduced the new T-Cross together with Cara Delevingne, British supermodel, actress, musician and testimonial for the T-Cross. Cara, who has 41 million followers on Instagram, said:

I travel all the time, so working with Volkwagen, the largest auto maker in the world, is a perfect partnership for me. The T-Cross is more than just a City-SUV – it has multiple facets (like me!), and I love how stylish it is!

The new T-Cross is a cool companion for all occasions

The T-Cross is based upon the modular transverse matrix (MQB), which allows the driven front axle to be located very far forward. With a total vehicle length of 4.11 metres, the 2.56-metre wheelbase is comparatively generous, allowing a spacious interior with enough room for five people. For the greatest possible versatility in the interior, the sliding rear seat can be adjusted by 14 centimetres, allowing more passenger leg room or more luggage space. The luggage compartment holds between 385 and 455 litres. Thanks to a rear seat back that folds down fully or partially, in the blink of an eye you can create a flat loading space with up to 1.281 litres of storage volume.

The new T-Cross has a choice of four turbocharged engines: three petrol and one diesel. The two 1.0 TSI three-cylinder petrol engines with petrol particulate filter generate 70 kW / 95 PS or 85 kW / 115 PS. The top model is the 1.5 TSI four-cylinder engine with 110 kW / 150 PS. Completing the range is a 1.6 TDI four-cylinder engine with 70 kW / 95 PS. All engines comply with the latest Euro 6d-TEMP emission standard.

The new T-Cross provides the highest level of networking and connectivity with the outside world. Even the operation and customisation of the on-board functions are intuitive. Smartphones can be charged inductively, and up to four USB ports provide for digital convenience. 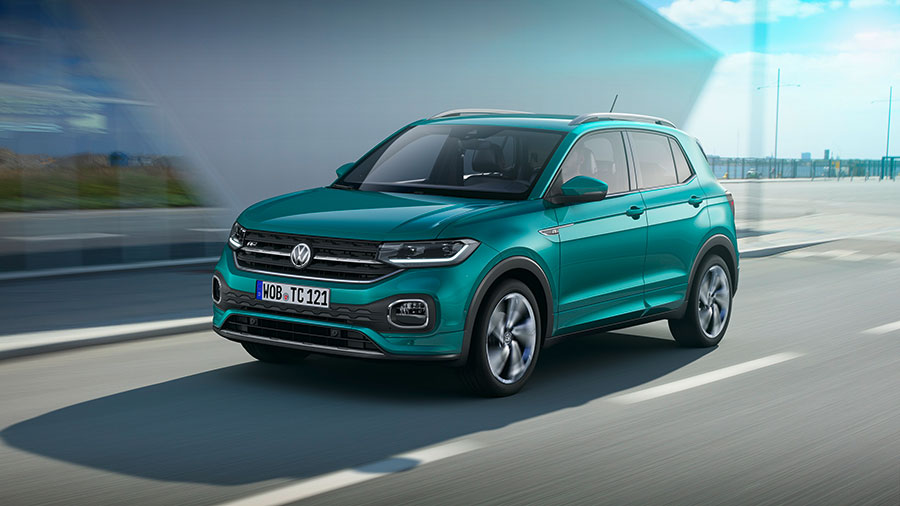 Just like its sister model the Polo, the new T-Cross is also manufactured at the Spanish Volkswagen factory in Navarra. Volkswagen is set to invest some one billion euros there by 2019 in order to serve the particularly strong growth in the market for compact SUVs. At the same time, approximately 10% more jobs will be created there. For the 2017-2027 period, independent forecasting institutes expect an approximate doubling worldwide of so-called CUVs (Crossover Utility Vehicles) in the small car segment – the class to which T-Cross belongs. In South America and China – two further growth markets – versions of the T-Cross specially tailored for those markets are being made.

With the new T-Cross, Volkswagen is moving forward with its global SUV offensive. This was begun in 2016 with the current Tiguan. The Tiguan Allspace, carrying up to seven passengers, and the more compact T-Roc followed in 2017. Likewise the Atlas – designed for the USA – and its Chinese sister version the Teramont, appeared in 2017, both as seven-seaters.

In 2018, Volkswagen of America presented the two Atlas concept vehicles Cross Sport and Tanoak. In China the new Touareg is celebrating its world premiere, accompanied by two future SUVs for China: the Powerful Family SUV Tharu and the Advanced Midsize SUV Tayron.

A glimpse into the future: In 2020, the ID. CROZZ will be Volkswagen’s first fully-electric SUV to be launched on the market. Then, with models ranging from the T-Cross to the ID. CROZZ, Volkswagen will offer one of the world’s largest SUV ranges and cover practically all segments.