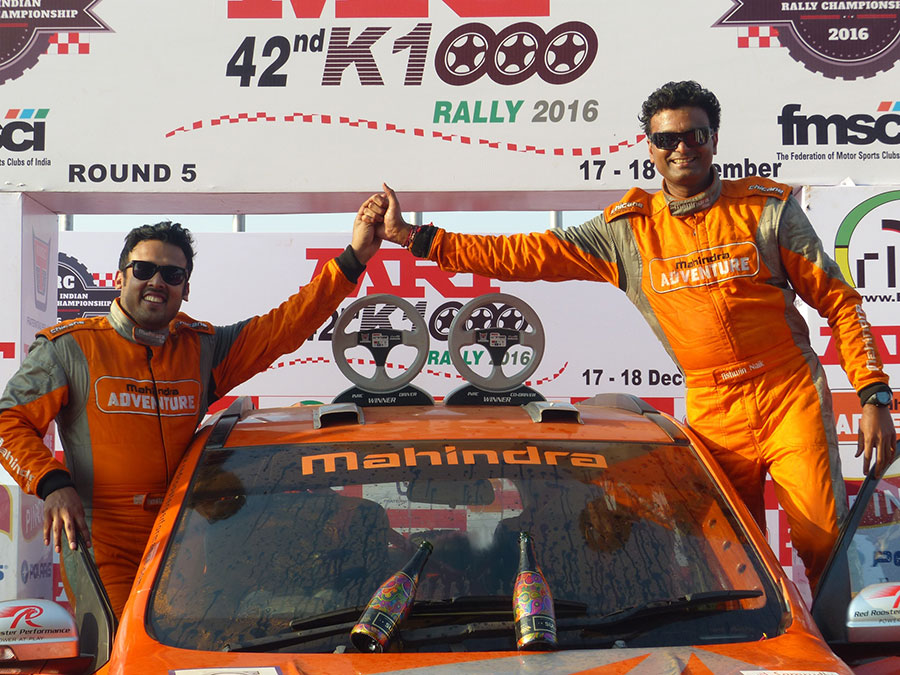 Amittrajit Ghosh and Ashwin Naik pulled out all the stops to win the coveted MRF 42nd K1000 Rally 2016 in Bengaluru with an overall time of 00.51.40.2. This is the second time that the Team Mahindra Adventure driver has won India’s oldest rally in the country; the last one being in 2013.

This was the second podium for Amittrajit post his win at the MRF Rally of Coimbatore in the month of July 2016. He said “Feels very nice to end the season with a win and having the most number of wins this season. We will come back better and stronger in 2017”.

Mr. Arindam Ghosh, Director, RRPM, who are the promoters of the MRF FMSCI INRC and IRC, said: “It has been a lovely year of rallying and it can only get better from here. We promise to bring back an even better championship next year”.

Abhilash PG and Srikant Gowda took overall honors in the MRF FMSCI Indian Rally Championship (IRC), run concurrently with the INRC, completing the event in a total time of 00:54:31.4, 00:04:57.0 ahead of Mohammed Kasim A.A and Sanath G. Ritesh.M.Guttedar and Sheraz Ahmed were third with a time of 01:00:00.9.

It must be noted that the INRC and IRC are two separate championships and their results are not clubbed together or compared as they run distinctively different vehicles. The INRC is for two-wheel drive Indian vehicles only while four-wheel drive foreign vehicles are allowed to compete in the IRC.

The K1000 Rally is running in its 42nd year. The name K1000 is attributed to the 1000 mile (1600kms) rally that used to run in the mid 80s. As part of the INRC calendar now, the rally spans across 104 kms through 6 stages around the village of Hosadurga that is known to have rich deposits of iron ore and manganese.

The prize money and trophies for the podium finishers were handed out by patrons of the Karnataka Motor Sports Club.

The prize winners for the different categories are as follows: 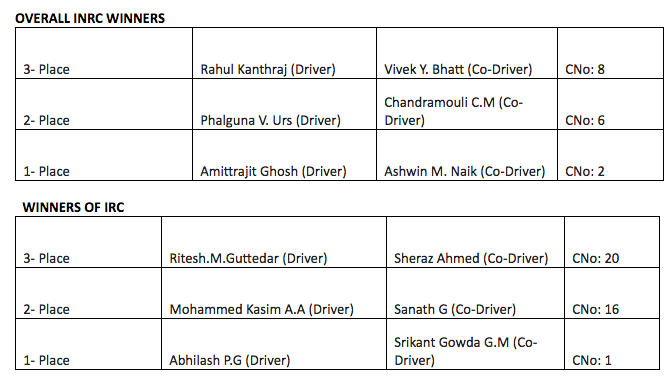 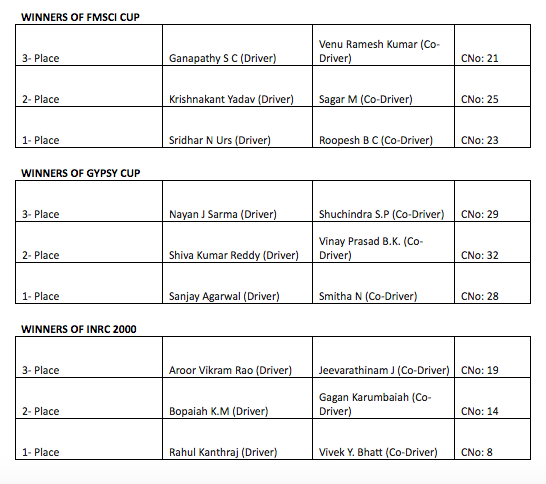