As the country gears up for the 7th season of the Indian Super League (ISL), Ather Energy, India’s first intelligent electric scooter manufacturer, has joined Kerala Blaster Football Club (KBFC) as the official partner of the team. 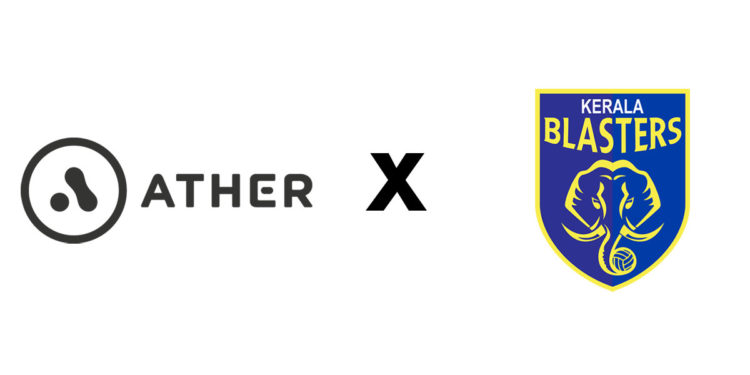 As the country gears up for the 7th season of the Indian Super League (ISL), Ather Energy, India’s first intelligent electric scooter manufacturer, has joined Kerala Blaster Football Club (KBFC) as the official partner of the team. This is the 2nd consecutive year for Ather Energy to be a part of KBFC, the most popular football team in India, as their sponsors.

“It gives us immense pleasure to extend our support to Kerala Blasters FC as its official partner for the second consecutive year. The ISL is one of India’s largest sporting leagues, and football is deeply ingrained in Keralites’ hearts. Kerala has shown tremendous consumer demand and is an important market for us.The new age consumer is beginning to encourage domestic football matches, and we are pleased to be a part of the growth of a sport in the country. The Ather 450X has seen a resounding response across the country and will continue to drive the transition to electric with associations like this.“

“We are delighted to step into the 2nd year of partnership with a dynamic brand like Ather. They have been at the forefront of India’s EV transformation and we look forward to further contributing to this transformation and driving awareness about sustainable consumption. Together, I am sure we will continue to build an association that helps us both set a benchmark in our respective fields”

Kerala was one of the first markets in India to adopt EVs and the acceptance of EVs continues to be  high. Ather Energy began operations in Kerala earlier this year and now has two experience centres in the state. The company has also installed 16 fast-charging points  – Ather Grid across Kochi and Kozhikode, speeding up the EV infrastructure. By the end of the year, Ather Energy plans to expand its presence in Kerala to more cities. The number of test ride requests for the Ather 450X has risen exponentially across the state in recent months. This association will increase the brand awareness in Kerala as well as among the football followers across the country.

KBFC is gunning for victory in this season of the Indian Super League, which will kick off in November 2021, and Ather Energy is set to make its presence in PAN India.