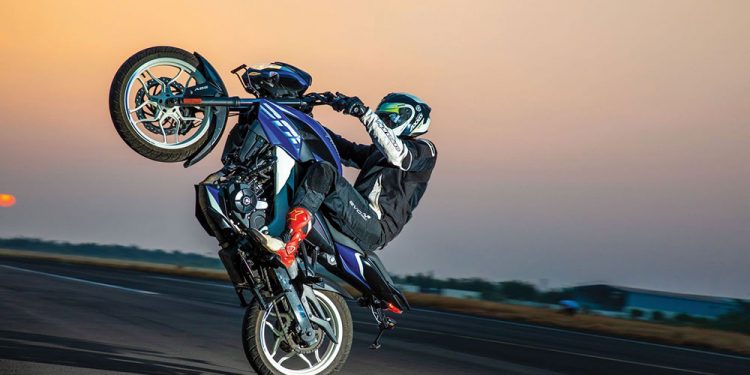 In the 160cc segment five motorcycles were lined up on the drag strip including Bajaj Pulsar NS160. All the motorcycles were the latest BS6 models of similar vintage with professional riders onboard who were geared up with a proper riding jacket and riding gloves. The Bajaj Pulsar NS160 proved itself to be the fastest motorcycle in its segment with a finish within 19.63 seconds. This motorcycle is powered by a 160.3cc DTSi-FI engine which is a 4-stroke, SOHC, 4-Valve unit delivering 17.2 PS at 9000 RPM and 14.6 Nm at 7250 RPM. The Pulsar NS160 clenched the first place in this drag thanks to its brilliant acceleration.

In the 200cc segment three motorcycles competed against each other in this drag race. The Bajaj Pulsar NS200 came out victorious in the race with 18.13 seconds to complete the race. The bike is powered by a 199.5cc, 4-stroke, triple-spark engine churning out 24.5 PS at 9750 RPM and 18.5 Nm at 8000 RPM. This motorcycle is a favourite with customers in this segment and the performance of the NS200 is one of its biggest USPs.