by ahad
in Bajaj
0

The Bajaj Qute Small car, a 216cc quadricycle will go on sale in India from August. First, it will be sold in Kerala and the North Eastern state, where this car is much needed. The Bajaj Auto Dealers in Kerala and North East have started taking the bookings and have placed the orders for the Qute. According to the initial plan, only 35-40 units will be manufactured and will be sent to the dealerships. The quadricycle gets a 216cc DTS-i engine that produces 13 BHP of power. It gets a 5-speed transmission and has a maximum speed of 70 KMPH. It can seat 4 people, including the driver.

This model was showcased in the 2012 Auto Expo. The car was ready but did not have the permission of the Indian government for plying on the roads. Quadricycles were not mentioned in the Motor Vehicle Act. That’s why the car took much time to clear all the P.I.Ls and now has finally got the nod on. However, an individual state also has to agree for running of the quadricycles. Kerala and North Eastern states have agreed, that’s why they are getting it first.

The Bajaj Qute Small car would not be used as a private car but will be used as a Commercial one. It can be deployed as cabs and transport vehicles. Another good thing about the car is that it can be easily made into an electric car. Recently, the CNG variants of this car were spied testing. Earlier, many automobile brands had accepted the proposal of this car due to lack of safety norms.

The expected price of the Bajaj Qute Small car is from Rs 1.4 Lakhs to Rs 1.6 Lakhs (Ex-showroom). The difference between the price would be for the CNG variant, which is higher priced. Recently, there were some rumours about this car being priced at Rs 60,000. This news is wrong and would not be priced such low. It will get the basic features and some extra optional accessories like an MP3 player and more. 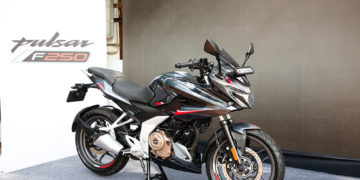 Bajaj Auto has commenced deliveries of the all-new Pulsar 250 launched last month. The first delivery of Pulsar F250 was...