Bengaluru City Police in partnership with Royal Enfield created an all women motorcycle riding brigade- ‘We for Women’, a team dedicated towards making Bengaluru a safer city for women and children. 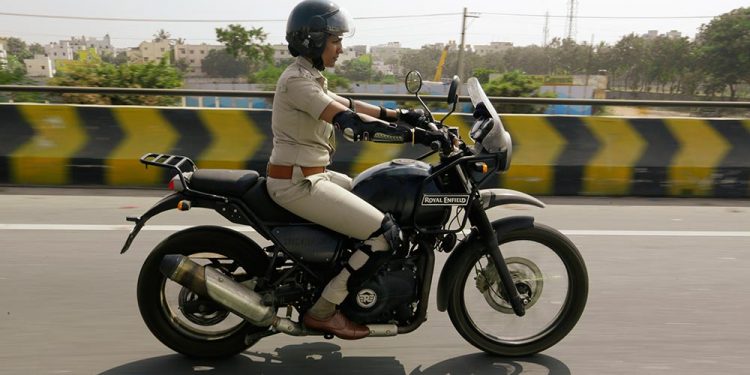 Bengaluru City Police in partnership with Royal Enfield created an all women motorcycle riding brigade- ‘We for Women’, a team dedicated towards making Bengaluru a safer city for women and children. 15 dedicated Police Sub- Inspectors with a passion for riding were trained to enhance their riding skills, under various conditions, to tackle any challenge they might face while on duty.

The women riding brigade would take on patrolling duties in order to make Bengaluru safer for women. While the creation of this team helped bring forth the smart lady officers who are dedicated towards making Bengaluru safe, Bengaluru City Police along with Team Royal Enfield also endeavors to break the gender stereotypes in the society around areas which has been considered to be male dominant.

“With more women being inducted into the force, there is a need to empower them further. Under the ‘We for Women’ initiative, we have trained 15 lady sub inspectors as of now and will continue to grow this team of motorcyclists. We want these women to lead by example and inspire other women as well while keeping the city safe.”

These 15 women officers were trained in two phases. During phase I, which was held in October, they were introduced to Royal Enfield motorcycles like Himalayan, Interceptor 650 and Classic Signals 350 and in the Phase II, which was held in December and January, they were exposed to riding these motorcycles in Bengaluru city traffic conditions. The training was conducted in collaboration with Team Royal Enfield who aimed at equipping the women officers with the professional riding skills which would help them to confidently patrol the streets of Bengaluru.

To commemorate the newly formed brigade, a ride was conducted to Nandi hills. The ride was flagged off by Shri Bhaskar Rao, IPS, Commissioner of Police, Bengaluru city, at the office of City Armed Reserve Headquarters, Bengaluru.

Royal Enfield is one of the oldest motorcycle brand in continuous production and by conducting this training they have given the women officers of the Bengaluru Police the confidence to ride to their destinations with pride.