The all-new BMW S 1000 RR will be available as a completely built-up unit (CBU) and can be booked at BMW Motorrad dealerships. 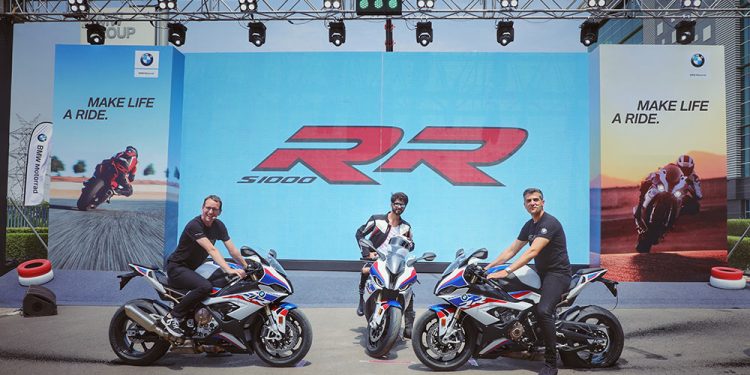 The all-new BMW S 1000 RR will be available as a completely built-up unit (CBU) and can be booked at BMW Motorrad dealerships from today onwards.

No other bike can be a more authentic interpretation of the sport world than the BMW S 1000 RR. In 2009, we made a big entry into the market of high-performance sports bikes with the launch of the BMW S 1000 RR. It became the leader in its segment almost overnight and since then has set the benchmark in the field of performance sports bikes. For the all-new 2019 ‘Double R’ our goal was simple – ‘Make it even better’, and we did just that! Moving into its third generation, the BMW S 1000 RR has been enhanced in all disciplines. It is now lighter, faster, more uncompromising and more easily controllable than ever before.

The BMW S 1000 RR shaped the BMW Motorrad brand with its outstanding dynamics when it was launched 10 years back. The RR is a superbike in the truest sense of the word. The design of the BMW S 1000 RR reflects not only the distinctive style but also clearly represents the BMW Motorrad brand. The all-new ‘Double R’ features lower weight, completely newly developed chassis and suspension, lights, dashboard, design and a new engine with BMW ShiftCam technology. The all-new BMW S 1000 RR is the first motorcycle to feature an M package, a combination of the power of M with Motorrad.

The BMW S 1000 RR led to a revolution in the super sport motorcycle category right from the outset. In the time since, the bike continued to be developed, it’s tried and tested concept was being honed even further and the latest innovative technology was added for greater dynamics. Because of its impressive power and performance, one constant factor remains: it is still a trailblazer today! Whether in everyday use or for high-performance race track riding, the all-new BMW S 1000 RR leaves nothing to be desired and allows you to experience its performance with greater intensity and immediacy than ever.

The ex-showroom prices are as follows –

With the new M package, the all-new RR has been turned into even more of a racer and has become the ultimate racing machine. High-quality M features such as carbon fibre wheels, M lightweight battery and M Sport seat underpin this performance promise in the most impressive way.

The design of the all-new RR makes an unmistakable statement – light, fast and uncompromising. The proportions are compactly concentrated between the wheels. The athletic and focused design makes RR instantly recognizable on the roads. The clear razor-sharp flyline and the front view form an extremely narrow and streamlined silhouette. The low-levelfront section gives the all-new RR a light, athletic appearance. The LED headlights are now standard and give the bike a dynamic and aggressive look. The powerful surface styling gives the dynamic side design an impression of visual unity. A dynamic flow is traced across the body of the motorcycle by the surfaces, with the BMW logo as the start and finish point. Seen from the rear, the RR dominates in terms of design and functionality: ‘All-in-one’ is the motto here. The number plate holder includes plate lighting, LED turn signals, tail lights and brake lights. The slim rear gives absolute freedom of movement. The all-new RR is lean and athletic when viewed from above. A dynamic line flows from the fuel tank to the rear. The striking design of the fuel tank lends particular emphasis to the motorcycle’s length and sporty flair.

The all-new BMW S 1000 RR is fitted with a completely newly developed 4-cylinder in-line engine with a displacement of 999 cc. The engine is now 4 kgs lighter and narrower, which improves both the handling and the ergonomics. It generates 152 kW (207 hp) at 13,500 rpm to deliver supreme level of engine power.

BMW ShiftCam Technology provides the all-new BMW S 1000 RR an excellent torque curve that is captivating even at low and middle speeds. The variable camshaft control BMW ShiftCam is an entirely new technology which provides supreme ridability along with an additional increase in power across the entire engine speed range, reduced emission and fuel consumption levels, optimised running smoothness and refinement.

The newly developed suspension has enhanced the riding dynamics as well as achieved significantly reduced weight as compared to the predecessor model. The all-new BMW S 1000 RR features a Flex Frame which is the optimum interplay between the frame design and the engine as a load-bearing element. It improves the aerodynamics of the motorcycle and helps keep the weight low. The new layout of the main frame has a leaner fuel tank and seating area trim sections for further improved support and knee grip.

For ideal adaptation to varied conditions of use, the all-new RR is fitted with the four modes ‘Rain’, ‘Road’, ‘Dynamic’ and ‘Race’ as standard. For the world of race tracks and motor racing, the Riding Modes Pro option offers additional three riding modes (Race Pro 1-3) that are freely programmable. These enable individual adaptation of the most diverse control functions such as Engine (throttle), Engine Brake, Traction Control, Wheelie-Control, ABS and ABS Pro to suit the rider’s own skill level and riding style. Another feature that comes with the ‘Pro Modes’ is Launch Control for perfect race starts.

The benchmark in the superbike segment is the Multifunctional instrument panel – the TFT display of the all-new RR. With 6.5″, riders can have the perfect overview. The Pure Ride screen displays the essentials or one of three Core Ride screens that display other important information. BMW Motorrad multi-controller gives the rider quick access to vehicle and connectivity functions. Phone and media functions can be used without having to install an app. 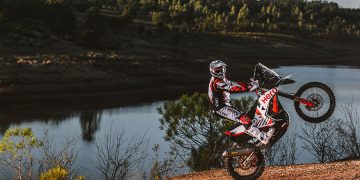 Hero MotoCorp Ltd, the world’s largest two-wheeler manufacturer, sold 505,467 units of motorcycles and scooters in February 2021. The company had dispatched 498,242 units of...