Castrol India Limited today announced its results for the first half and second quarter (April – June) of 2016. The company delivered its highest ever quarterly profit, continuing to build on operational momentum driven by volume growth and a favourable cost of goods environment.

The quarter’s profit from operations was up by 13% as against same quarter last year. Profit before tax during the quarter under review was also up by 13% at Rs.319 crores whilst Profit after Tax was up by 12% at Rs. 206.9 crores as compared to the same period last year.

For the six month period January – June 2016, Profit from Operations was up by 23% to Rs.549 crores as against Rs.446 crores during the same period in the previous year. 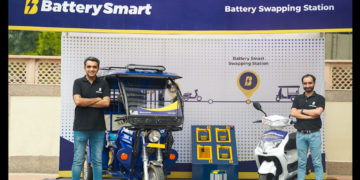 Battery Smart, India’s largest and fastest-growing battery swapping network for electric two and three-wheelers, today has set up its 100th Swap Station at Kapashera in Gurugram. This is a significant achievement for the company...