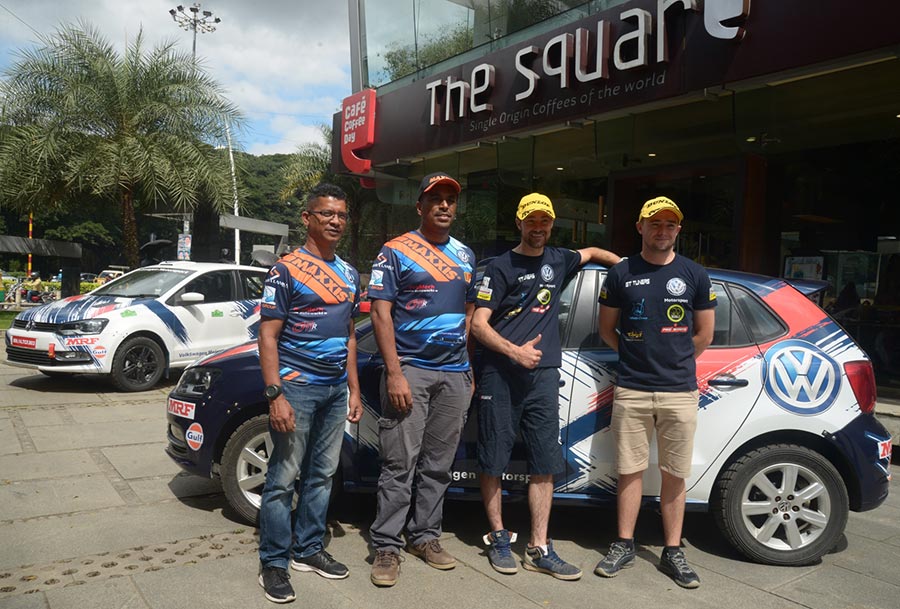 The much-awaited Coffee Day India Rally 2017 is all set to bring forth an action-packed international rally this season in the coffee town of Chikmagalur. Organized by The Motor Sports Club of Chikmagalur (MSCC) and sponsored by Coffee Day Group, India will witness high octane action amidst the coffee estates of Coffee Day in the fifth and final round of FIA Asia Pacific Rally Championship, to be held from November 24th to 26th.

With nearly 45 entries including the best known names in motorsports, Coffee Day India Rally will see a thrilling battle among all the contenders this season. The three-day extravaganza will witness concurrent running of the FIA Asia Pacific Rally Championship (4-wheel drive and 2-wheel drive) and the FMSCI MRF Indian National Rally Championship.

The list of competitors is headlined by Gaurav Gill, the only Indian to have won the FIA APRC title and the current defending champion, driving for Team MRF. Also on the APRC grid are Gill’s team-mate, Ole Christian Veiby from Norway, a regular on the World Rally Championship circuit, and the factory driver for Skoda, and New Zealand’s Michael Young, besides Kerala-based PG Abhilash, Sumit Panjabi and Sri Lankan Shafraz Junaid.

Gill along with his partner Stephane Prevot from Belgium is leading the APRC points table with 136, just six ahead of Veiby and his fellow-Norwegian co-driver Stig Rune Skjarmoen. Both Gill and Veiby will be driving the Race Torque-prepared Skoda Fabia R5 car.

Coffee Day India Rally was initiated 15 years ago with the intent to place Chikmagalur on the international motorsport map. Due to its tough terrain, the rally has been a one-of-a-kind challenging event with spectators enjoying the special thrill of speed amidst nature. Coffee Day has ardently promoted the rally consistently over the years. With constant efforts from our dedicated team at Coffee Day Global and Motor Sports Club of Chikmagalur, we have managed to amplify the dynamics of the rally over the years. It gives us immense pleasure to associate with our international partners consistently for 3 years. The successful attempts to organize the rally as per international standards has resulted Coffee Day India Rally to be one of the most anticipated rallies in the National motorsport calendar.

Coffee Day India Rally is one of the exciting motorsport events in the country. Our biggest milestone was achieved when Coffee Day India Rally entered the Asia Pacific Cup Rally championship circuit in 2015. The rally in Chikmagalur has expanded the horizon of motorsports among the young and enthusiastic rally drivers in the country. We are expecting thrilling performances this year as the entries have some of the biggest names from Indian motorsports.

The APRC participants will cover 502 kms of which 207.54 Kms comprise Special Stages, beginning with the Super Special Stage at the Amber Valley school grounds on Friday, November 24 while the INRC cars will do 225.39 kms with 81.63 Kms of Special Stages. The entire rally route is located in the Coffee Day Global’s estates bordering Chikmagalur.