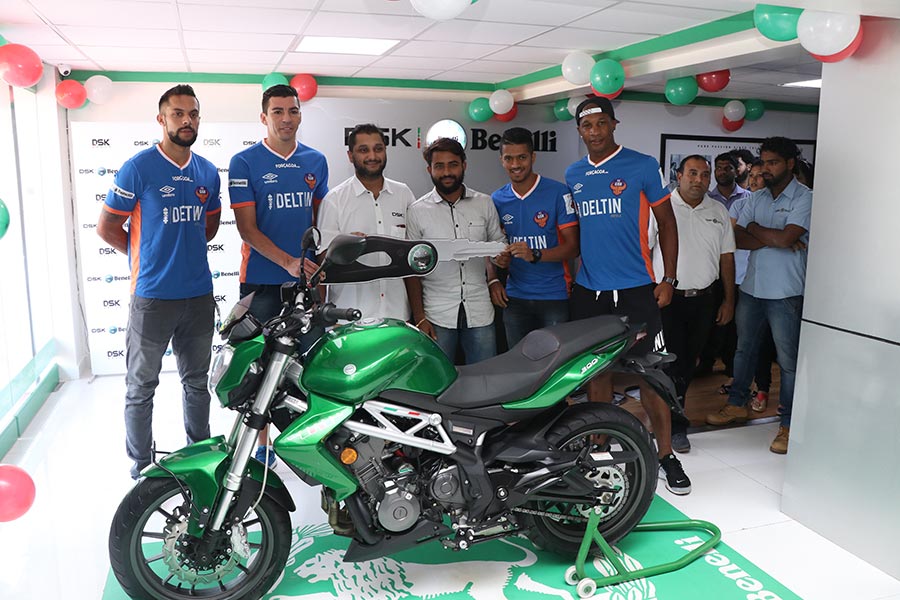 Further underlining its widespread popularity in Goa, DSK Benelli, one of India’s most well-established and strongest players in the superbike industry, has announced the sale of its 151st unit in Goa. By crossing the landmark within a year of launching its operations in Goa, DSK Benelli has also set the record for the most sales done by a superbike brand in the city within one year.

To celebrate this achievement, the keys of the 151st DSK Benelli superbike were handed over to its proud owner by Mr. Shirish Kulkarni, Chairman, DSK Motowheels, along with ISL superstars from the FC Goa team. Adding to the football mania and the celebratory fervour was the unveiling of the one-of-its-kind DSK Benelli TNT 25 embellished in FC Goa livery. 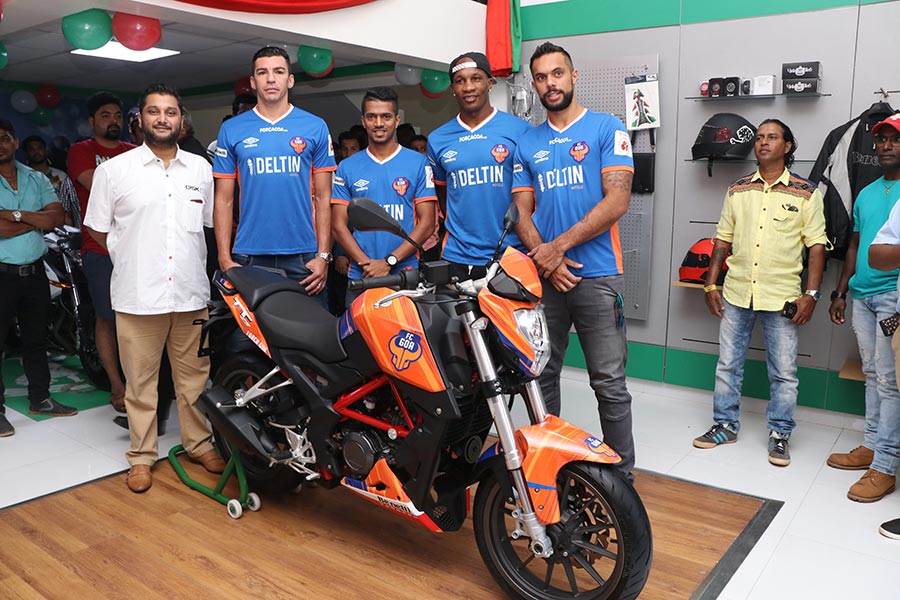 When it comes to performance; power, agility, endurance and control are factors of vital importance, so there’s a lot that is similar between a professional football player and a best-in-breed superbike. The intense passion for football and biking that the people of Goa harbour is no secret, so we decided to celebrate our milestone of the fastest sale of 151 superbikes in the city, by blending both these passions. The unveiling of the TNT 25 wrapped in the Forca Goa livery has further added to the success of today’s event, showcasing our support to the FC Goa team.