First Edition of Ducati “We Ride as One” concludes successfully

From Florence to Sydney, passing through New Delhi to Rio de Janeiro, #WeRideAsOne connected more than 13,000 enthusiasts in the most iconic locations of over 40 countries around the world 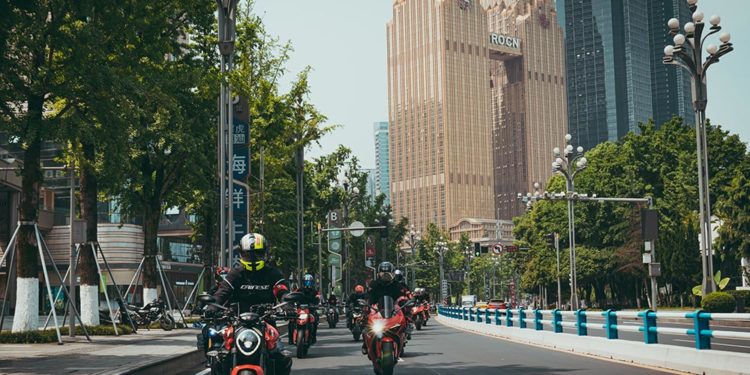 The first edition of #WeRideAsOne, the exclusive event organized by the Bologna-based motorcycle manufacturer, concluded very successfully. Saturday 7 May, the community of Ducatisti from every city met to celebrate together the passion for Ducati in all its shades.

More than 13,000 of Ducatisti colored the streets of the cities of over 40 countries around the world riding their Ducati and Scrambler Ducati bikes. The highlight of the event was the parade , which involved many enthusiasts riding through the most evocative streets and squares of their own cities: Florence, Paris, Miami, New Delhi, Rome, Rio de Janeiro, Sydney, Valencia, New York, Kuala Lumpur, Dubai, Singapore, Seoul, Hangzhou, Bangkok and Ingolstadt are just some of the cities where #WeRideAsOne was successfully celebrated.

The global appreciation of this first edition pushed Ducati to add #WeRideAsOne to its calendar as a fixed annual event. Every first Saturday of May, Ducati Dealers and Ducati Official Clubs will invite Ducatisti to gather in their cities for a day of fun and happiness.

#WeRideAsOne was also an opportunity to warm up the engines for the upcoming big Ducati party, the World Ducati Week planned from 22 to 24 July at the Misano World Circuit “Marco Simoncelli”. Tickets can be purchased on the Ducati website.