Ford which launched its Ecosport in Delhi Auto Expo 2012 is now trying to make some changes in its look to bring a more compact SUV. The spy shots which reveal that ford is testing Ecosport in the European terrain, but somehow the face lift will come to market only in mid-2015 in the Geneva motor show. From the photos we can see that the major facelift will be in the rear end where the Ecosport will lose its spare wheel. 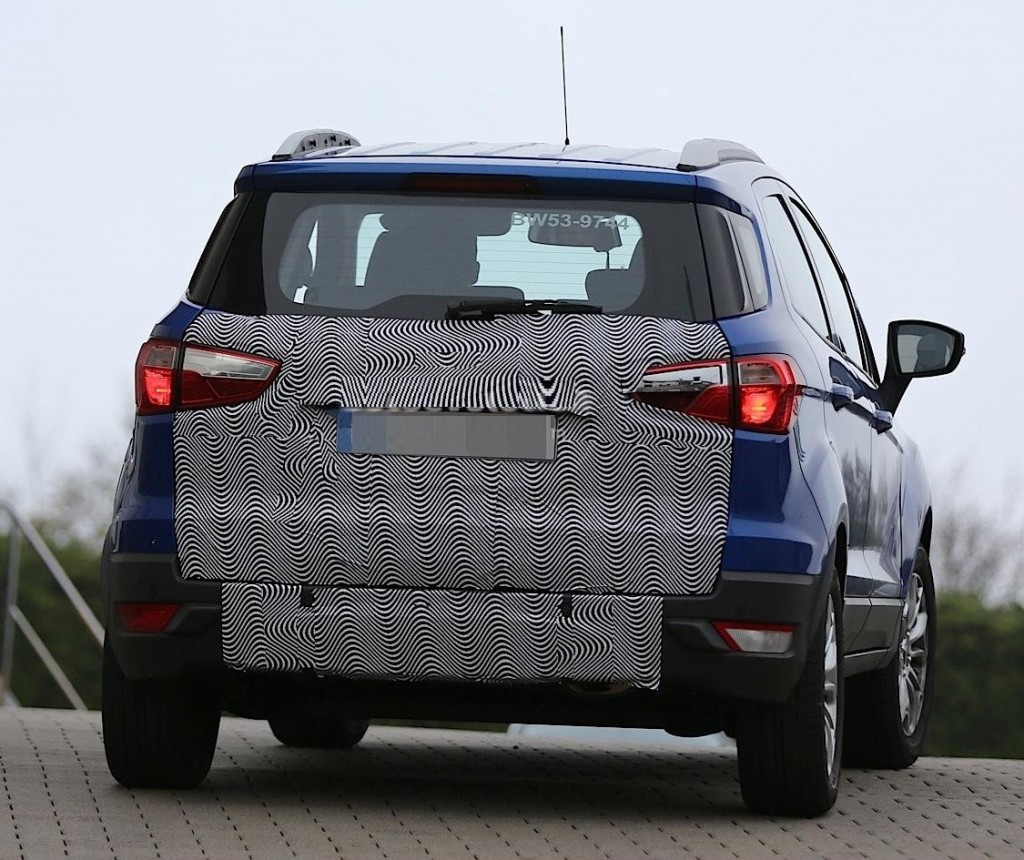 Ford tries to make a clear rear look so it has excluded its tailgate mounted spare wheel and it is trying to give it a perfect finish by placing the license plate in the middle. The photos reveal that there will be a change in the bumper which covers the license plate enclosure.as the spare wheel has been removed the eco sport gets an urban macho look but loses its off road and beasty presence which it has currently.

Ford didn’t say anything about the facelift officially and it’s not confirm that it will be implemented in all variants .Anyway we cannot judge how this facelift will be taken by the Indian customers