America’s popular carmaker Ford has reached a new milestone in India. EcoSport being one of the very successful SUV models by Ford has created a history by selling 200,000 unit cars since its launch.

The compact SUV, EcoSport which is manufactured at the company’s Chennai plant, has crossed the 200,000 sales landmark includes both domestic as well as export sales. While the EcoSports domestic sales has ticked 112,085 units, the export count has touched 87,915 units.

The EcoSport car from Ford was first unveiled, globally at the Auto Expo 2102 event and its production commenced in the month of June 2013. Ford EcoSport opened up an entirely new segment in the Indian passenger car industry and had equally has received a pretty good initial response from Indian customers, which saw a record bookings of 60,000 units within 30 days of its launch.

Mr Anurag Mehrotra who is the executive director (Marketing, Sales & Service) at Ford India during this historic occasion said,

The EcoSport, since its launch, has been appreciated for its compelling value proposition and we would like to thank all our customers for their patronage.” He also added,“The EcoSport created the compact SUV segment and dominates the market owing to its unmatched value. The 200,000 sales milestone is yet another testament to the inherent strengths of our compact SUV that continues to set new benchmarks even in a challenging market. 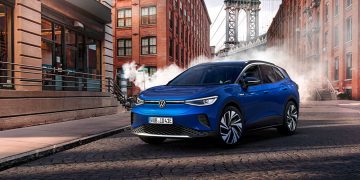 The “World Car of the Year 2021” is a Volkswagen: The new fully electric ID.4 prevailed over the strong international...