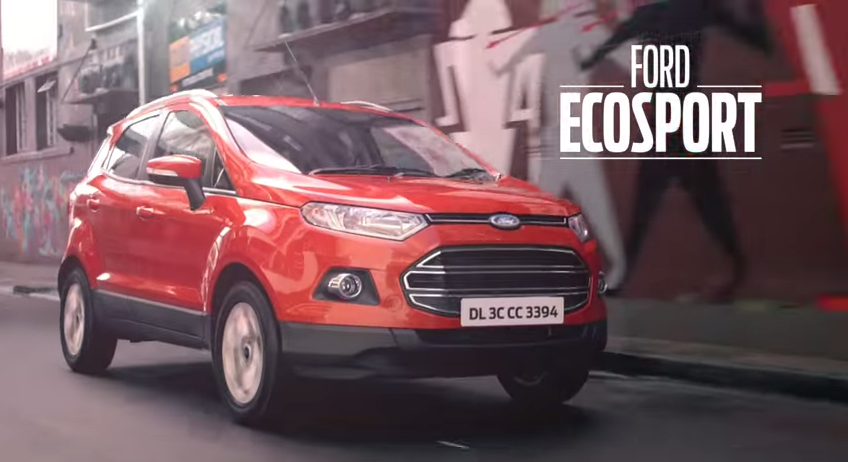 Here we are with Ford India’s  new aggressive ad campaign #GetBusyLiving . Ford has released 3 short advertisements to promote its newly launched brand Ford Ecosport.  The Campaign is straight to the point urging the viewers to get into action.

This #GetBusyLiving tv ad series comes with a set of 3 different themes alongside explaining Ford Ecosport’s features. Well planned and executed ad campaign.  Every ad tries to say this –  Get out of your personal digital world and get real !

Let’s have a look at these videos.

This ad says how one can enjoy the obstacles which come your way while driving at the same time conveying the message that Ford Ecosport offers 200 mm  ground clearance!

Making sense of the boredom chat sessions, the ad tries to communicate how one could engage with people on real – showcases Ecosport’s Bluetooth audio sync feature!

With 20 storage compartments available in Ford ecosport, your cute pets could join your drive too!

Overall, We think its a pretty impressive campaign.  What do you think? Do let us know by commenting below!

The Royalty of Owning a Royal Enfiled