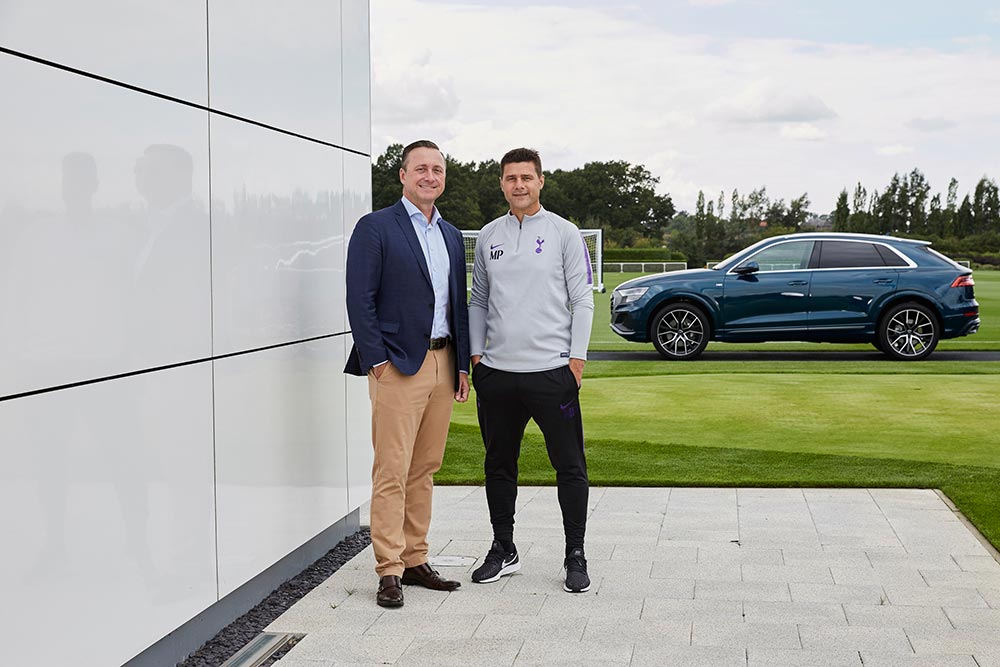 The premium car marque is synonymous with progressive design and technology, as expressed by its famous philosophy Vorsprung durch Technik – Advancement through technology. It is an ideology that aligns perfectly with Tottenham Hotspur’s similarly positive and forward-thinking Audere est Facere – To dare is to do.

Audi will see their brand’s iconic four rings feature across digital signage, including the LED advertising system, big screens and the interior TV network at the Club’s new stadium, as well as across its digital media channels. 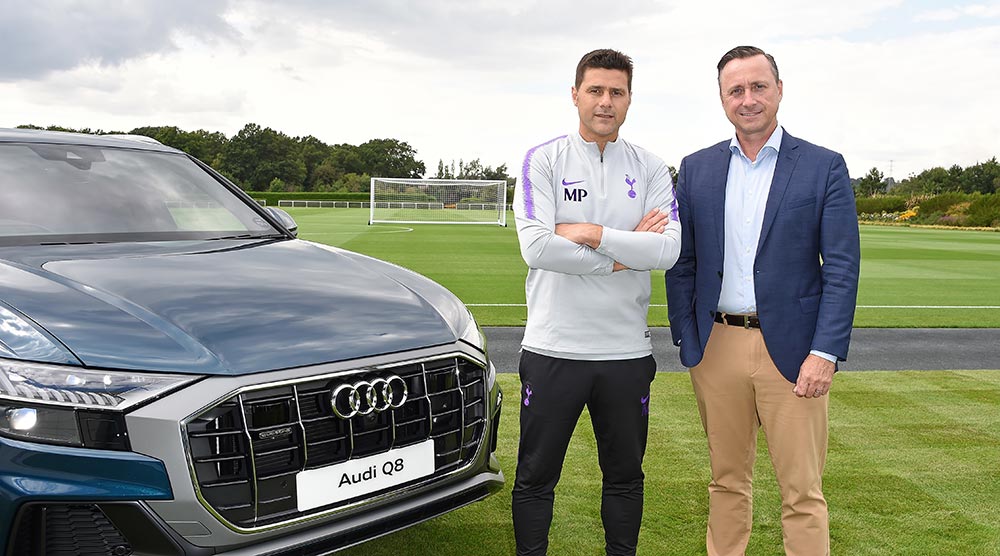 Tottenham Hotspur has become one of the most progressive teams in Europe under Manager Mauricio Pochettino and will be a significant part of the Premier League and Champions League story during the 2018-2019 season. Meanwhile, Audi continues its new product offensive during the same time period, launching a host of beautiful cars, including the Q8 luxury SUV, and the e-tron, its first all-electric model. To mark the beginning of the partnership, players were given a special preview of the Q8 at the Tottenham Hotspur Training Centre, Enfield, before the car’s official UK debut.

Additionally, Audi stages the Audi Cup and the Audi Summer Tour – major pre-season tournaments contested across the globe by some of the biggest clubs in the world.
Fran Jones, Head of Partnerships of Tottenham Hotspur, says:

Audi is a premium brand, so we are delighted to have it on board alongside a number of other leading club partners. We look forward to welcoming Audi and offering them the opportunity to showcase their products across the Club.

The partnership brings two progressive brands together – Audi and Spurs. The Club’s legendary Captain Danny Blanchflower famously spoke of ‘doing things in style’ – this, with our commitment to quality, guides everything we do. Our shared principles of beautiful design and the most advanced technologies further cements our belief that Audi and Spurs will be the perfect marriage.

Click here to take a ride with Tottenham Hotspur Manager, Mauricio Pochettino, together with Assistant Manager, Jesús Pérez, as they head to Hotspur Way for training in an Audi A7.