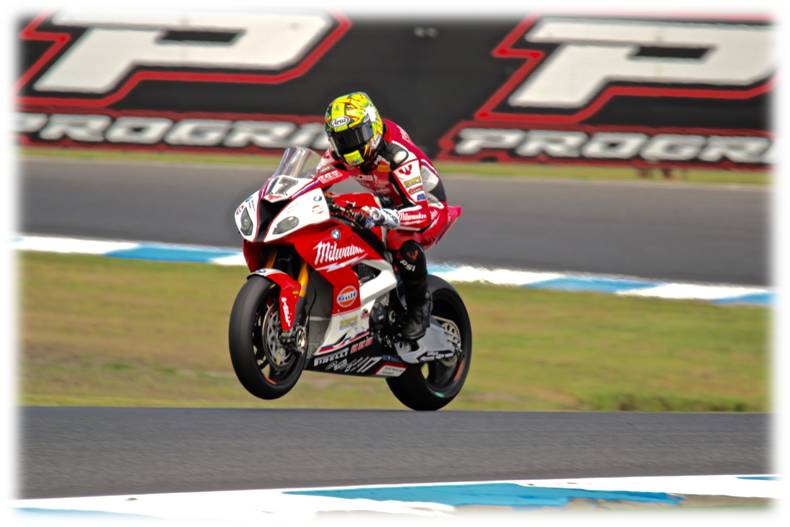 This weekend marked the start of a new chapter in Gulf’s motorsport history as Gulf Oil International moves into the highly competitive arena of the World Superbike Championship (SBK), together with BMW’s new manufacturer-backed squad: Team Milwaukee BMW.

In many markets around the world, the motorbike sector is Gulf’s number one product area,

We have been searching, for a while, for a motorcycle partnership and we wanted to be in World Superbike racing because of the bikes’ direct relationship with road machines. So, the opportunity of working alongside Milwaukee Power Tools, in this BMW Motorrad manufacturer-backed team, is one that truly excites us, on many different levels.

The first round of this year’s SBK took place at Australia’s Phillip Island circuit, south of Melbourne. Even ahead of the weekend’s racing, however, the team was making the headlines as it became the final squad in this year’s championship to unveil its full team livery. 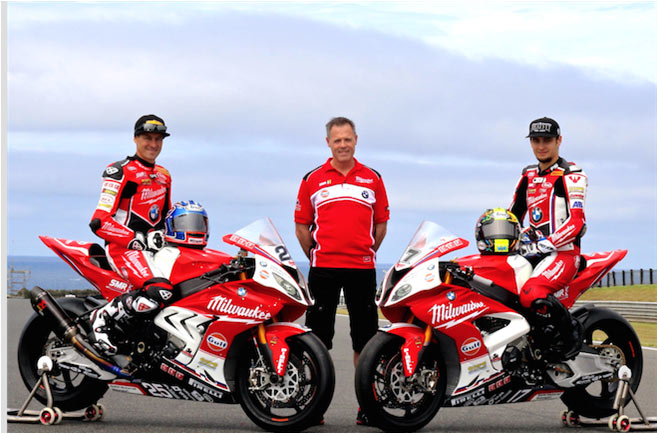 The launch attracted local and international media. Photographers jostled to get a good view of the bikes as the unveiling took place and the bright red BMR R1000SS bikes – in deference to title sponsors, US Pro tool company, Milwaukee Power Tools – drew a spontaneous round of applause as the covers came off.

And then it was down to business. This was the team’s debut in the SBK, however, their pedigree is a strong one, having won the British Superbike Championship – the world’s leading national series – twice in the last five years.

In the team’s debut SBK race on Saturday afternoon Josh Brookes dropped almost to the rear of the field soon after the start, but fought his way back through the pack to finish a fine 10th – much to the delight of his home country crowd. Karel Abraham made steady progress and came home to his first SBK points scoring finish in 13th.

The starting grid for Race Two was the same as for Race One and saw another step forward for the team. Josh Brookes ran inside the top ten from early in the race and brought the red rocket to the finish in ninth place, with Karel Abraham coming home just out side the top ten, scoring a handful of championship points for his 11th place.

With such a short time to develop the bikes before the first race, stepping up into SBK was always going to be tough, but the team has really pulled together and put on an impressive performance,

It is an excellent start for Gulf’s partnership with Milwaukee BMW.

The bikes look great and are attracting a lot of attention; the set up is highly professional and there is a huge amount on offer to Gulf and its businesses around the world. We are really looking forward to being active partners with the team and the brands behind it, over the rest of this season and over the next three years.”

“The final piece in the jigsaw came together with the signing of Gulf. Obviously a partnership with a global lubes and fuels company is essential for any WorldSBK team, and we look forward to the benefits that working with Gulf and its products will bring,”

This weekend, we really earned the positions we got. In every session we made big steps. Each change we made to the bikes took us further forward, so we overall though we achieved we wanted to – with top ten finishes and points by both riders in each race – we are probably further on than I dared hope.

The next round of the World Superbike Championship takes place in two weekend’s time in Thailand at the Chang International Circuit, with Race one on Saturday March 12th and race two on Sunday 13th March.