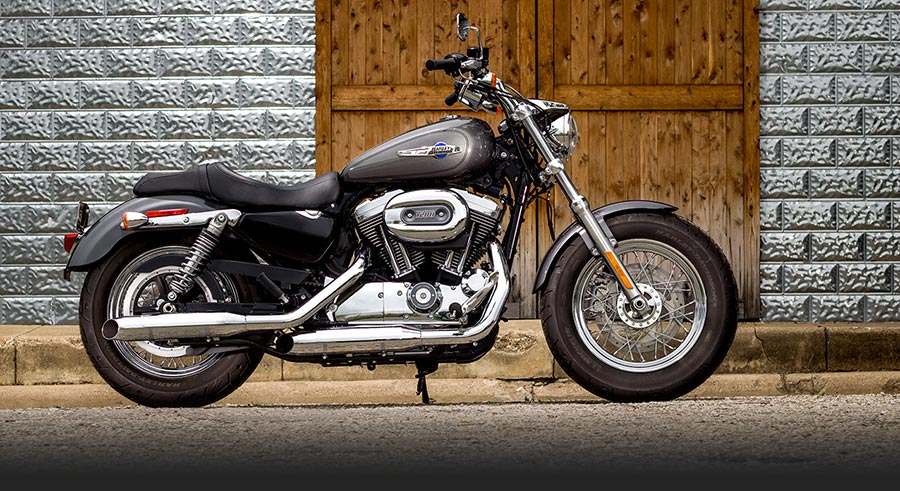 With the addition of new Harley Davidson 1200 to its portfolio, Harley-Davidson‘s count of motorcycles have increased to 13. Out of all these 13 different motorcycles, 8 of them would be taking the CKD route.

Under the hood, the all new Harley-Davidson Custom 1200 will be powered by a 1200cc, air-cooled, fuel-injected petrol engine. The engine of the car has been mated to a 5-speed manual transmission gearbox to deliver the power to the rear wheels. The bike’s engine is capable of producing a peak torque of 96Nm at 3,500rpm.

The suspension and braking of the car has been well-tuned to suit the Indian road conditions. Some of the other features of the cars include a pull-back handlebar for optimum riding comfort, dual trip meter, and Michelin Scorcher tyres – 130/90 16 at the front and 150/80 16 at the rear.

Mr. Vikram Pawah who is the Managing Director at Harley-Davidson India, commenting on the new motorcycle, said,

We are expanding our reach to fulfil more dreams of personal freedom and are here to promote the sport of leisure motorcycling. Harley-Davidson India has a strategic product plan to take its growth story to the next level.