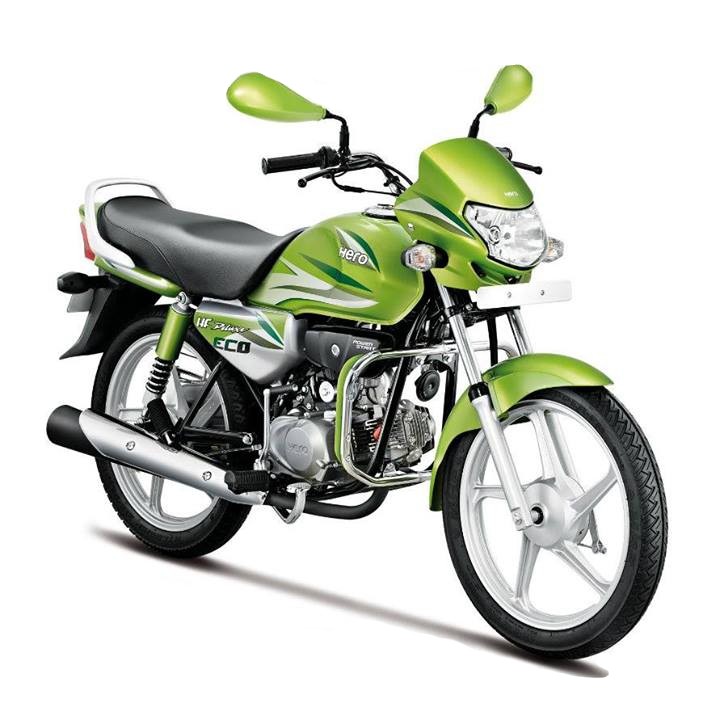 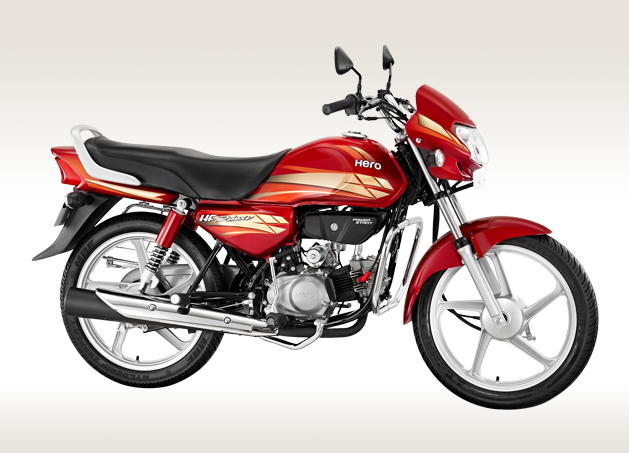 The Hero HF Deluxe which is found in Honda MotoCorp’s India website has the customization options available. In the Hero HF, the drum brakes are standard, and it is left to the customer to choose between spoke or alloy wheels as well as thumb start or kick start. HF Deluxe by Hero Motocorp is powered by a 97.2cc, 4 stroke and 1 cylinder engine which is carbureted as well as air-cooled. HF Deluxe’s engine produces a maximum power of 8.2bhp 8,000rpm and maximum torque of 0.82kgm at 5,000rpm. The engine of the bike has been mated to a 4 speed gearbox.

The Suspension of the bike would be carried out by telescopic forks which is upfront and dual shock-absorbers which is at rear.

Both front and rare has Drum brakes, In the front it is 130mm drum and in the rear it is 110mm drum.

The Hero HF Deluxe has been offered in following colors: Red, Maroon, Silver and 2 shades of black.

Hero HF Deluxe ECO is the environment-friendly ‘ECO’ version of the Deluxe bike. The company has taken a design route which is different from the normal Deluxe’s by giving a green shade of paint, a contoured front mud-guard, an inbuilt fuel-filler cap, a slightly longish silencer and an extended rear grab-handle.

The rear view mirrors of the bike are also larger, and body coloured. The leg guards of the bike receive body coloured airfoils that support to the bike’s theme. The bike gets a 10.5-litre fuel tank here, like the one on the Deluxe. When it comes to looks, the 2 bikes are quite different from each other, when you pay attention to the details.

When it comes to specifications, the Hero Deluxe ECO has been powered by 97.2cc, 4 stroke and single-cylinder engine which is carbureted and air-cooled. ECO produces a 8.2bhp of power at 8,000rpm and has a maximum torque of 0.82kgm which is produced at 5000 RPM. The engine OF eco has been mated to a 4-speed gearbox.

The Hero HF Deluxe ECO is available in green colour.

Since its launch, Maruti Suzuki has sold 13 Lakh units of Swift