Hero MotoCorp, the world’s largest manufacturer of motorcycles and scooters, dispatched 112,682 units of two-wheelers in the month of May 2020. 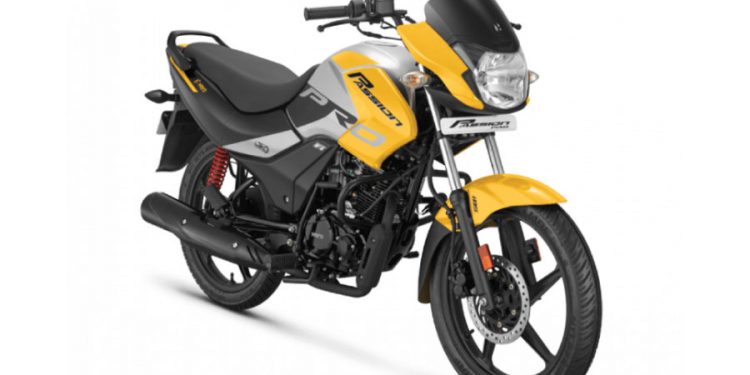 Gradually emerging from the countrywide lockdown due to Covid-19, Hero MotoCorp, the world’s largest manufacturer of motorcycles and scooters, dispatched 112,682 units of two-wheelers in the month of May 2020.

Ensuring stringent safety protocols for employee and customer wellbeing, Hero MotoCorp scaled-up production in a graded manner during the month, after reopening three of its manufacturing facilities on May 4.

All six manufacturing facilities of the Company in India – at Dharuhera and Gurugram in Haryana, Haridwar in Uttarakhand, Neemrana in Rajasthan, Halol in Gujarat and Chittoor in Andhra Pradesh – have now resumed operations with limited production.

The Company’s manufacturing facilities at global locations – one each in Colombia and Bangladesh – restarted production during the month.

Operations have also resumed at the Center of Innovation & Technology (CIT) in Jaipur, Rajasthan, in a graded manner and work on new product development has commenced, with strict safety and hygiene protocols.

Nearly 5000 customer touch-points of Hero MotoCorp have re-opened with strict safety measures in place, as per the re-start manual shared by the Company. These outlets, which contribute 85% of the Company’s domestic sales, retailed more than 160,000 units of motorcycles and scooters during the month of May, driven by demand in the semi-urban and rural markets, with BS-VI vehicles witnessing positive customer response.

In the few weeks since re-opening, the company has also serviced nearly 15 lakh unique customer two-wheelers.

Keeping the wellbeing of everyone as its top-most priority, the Company has launched multiple innovative digital tools in sales and after-sales that enhance customer experience and ensure a safe environment for both employees and customers.

On May 4, Hero MotoCorp became the first two-wheeler manufacturer in the country to resume operations and commenced dispatches from May 7.

The Company also continued to expand the scope of its COVID-19 focussed humanitarian initiatives during the month. Apart from donating 2000 motorcycles for relief work to authorities, it developed a first-responder mobile ambulance, which will be soon handed over to authorities for service in semi-urban and rural areas.

The Company has already produced over 25,000 litres of sanitizers that have been distributed to authorities and under-privileged sections of the society.

During the month, the rally-racing division of the company, Hero MotoSports Team Rally, introduced a one-of-a-kind digital initiative – The Rally Life Navigator. An experiential boot-camp, the initiative introduced rally enthusiasts to the skill of rally-navigation and provided them with the essence of the exciting rally racing world, from the safety of their homes.

In May, Hero MotoCorp also concluded its popular digital initiative Hero CoLabs – The Design Challenge with the winners’ announcement, who won the grand prize of Hero XPulse 200 – the Indian Motorcycle of the Year 2020.