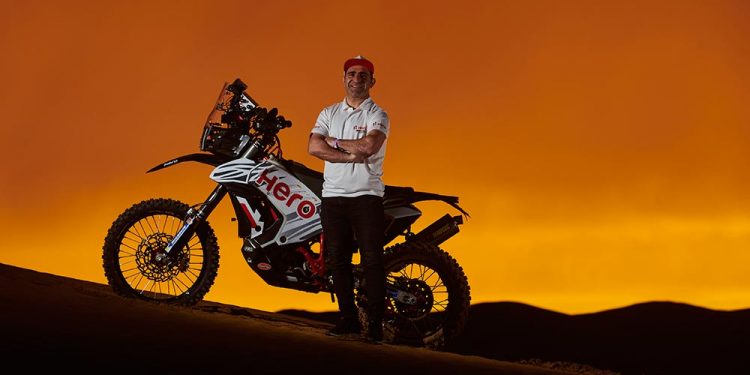 Close on the heels of achieving their first podium of the season, Hero MotoSports Team Rally, the motorsport team of the world’s largest two-wheeler manufacturer, Hero MotoCorp Ltd., has further bolstered the Team’s profile by signing the Portuguese champion,Paulo Goncalves as its fourth rider.

Paulo ‘speedy’ Goncalves brings with him over 12 years of illustrious rally-racing experience, including a series of remarkable performances at the world’s most prestigious rallies. He was crowned 2013 FIM Cross Country Rally World Champion. He also clinched the runners-up position at the world’s toughest off-road challenge, the Dakar Rally in 2015.

Hero MotoSports Team Rally recently achieved an impressive podium finish at the 2019 Merzouga Rally in Morocco. Paulo’s entry will add further impetus to Hero MotoSports’ campaign as the Team looks to improve on its already impressive results over the previous three years.

The multi-faceted rider, Paulo will compete alongside the Team’s ace pilots — the most experienced Indian Dakar participant, CS Santosh, Portuguese star Joaquim Rodrigues, and Spanish sensation, Oriol Mena. He will make his debut for the Team at the Silkway Rally (Russia-Mongolia-China) in the month of July this year.

Hero MotoCorp forayed into international motorsports with the formation of its rally racing team, Hero MotoSports Team Rally in 2016. The Team has already demonstrated immense potential with a series of impressive performances across the world, including two top-10 finishes at the Dakar Rally.

Most recently, Hero MotoSports Team Rally’s Oriol Mena bagged a podium finish at the 2019 Merzouga Rally in Morocco. His team mate Joaquim Rodrigues, was not too far behind as he finished the rally at fourth position.

First of all, let me extend a very warm welcome to Paulo Goncalves to the Hero MotoSports family and also to the larger Hero family. In a short span of three years, the Team has delivered some impressive results, and now with Paulo’s wealth of experience, there are no doubts that we will be able to lift our performance in every aspect of the rally sport. Paulo’s move also provides acknowledgment to the fact that we have been able to establish ourselves as a sought after team for the top talent in the sport. This bodes well not just for the team, but also for our fans and customers, as at the end of the day, our efforts in motorsports are aimed at building better technology and products for both on and off road. I wish Paulo a great career and success with Hero MotoSports Team Rally and all the best to the team for the upcoming races.

We are very motivated by the entry of Paulo Goncalves into our young set-up. To attract one of the most decorated and respected top rally athletes is a big boost for our Team and an endorsement that we are being looked upon as one of the top teams in rally sport.  His experience of numerous race victories and Dakar participation into our lineup will enable us to achieve the next level of competitiveness. We extend Paulo a very warm welcome and wish him a successful stint with Hero MotoSports Team Rally.

First of all I want to express my thanks to Hero MotoSports for showing their trust in me by letting me be a part of this amazing rally project. I am very happy and excited to start this new journey with the team and I hope to contribute to the team’s aim of improving our performance in the rally sport. From my side, I promise to give my everything to be ready and fit to be able to fight for the top positions for my team. Hero MotoSports has been doing a really good job in the last couple of seasons and this young team has shown, that it has the potential to win big. I would like to play my part in bringing these wins to the team. With lots of passion and emotions, my thanks again to the team and I am excited to begin.” 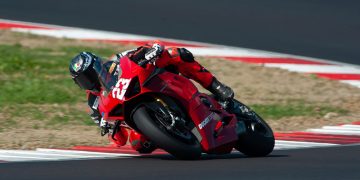