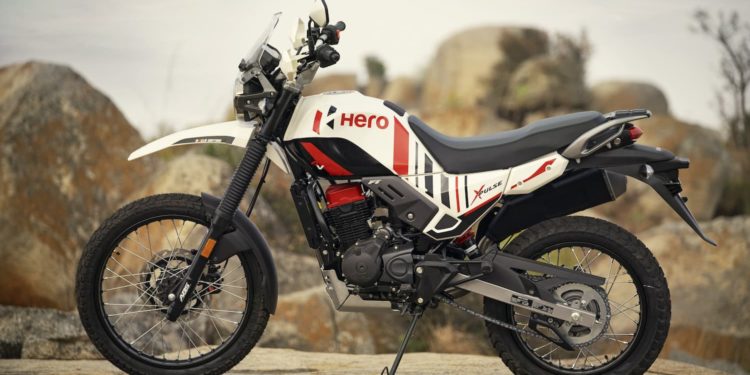 The Company expects the momentum to build-up in the coming months on account of a combination of multiple factors, including a healthy growth in country’s GDP, a normal festive season after a gap of two years, better monsoon resulting in decent agricultural harvest and positive consumer sentiments.

The Company introduced the company’s two-wheeler resale platform “Wheels of Trust” in a phygital avatar. By offering an integrated omni-channel (digital and on-ground) exchange ecosystem, Hero MotoCorp aims to strengthen its one-stop solution to exchange existing two-wheelers of any brand by providing the best resale value.

Hero MotoCorp also inaugurated it’s first-ever ‘Xpulse Xperience Centre’ in the country.
Set up at the Big Rock Dirt Park on the outskirts of Bengaluru, the state-of-the-art Xpulse Xperience Centre with curated biking tracks and infrastructure is designed to provide an unmatched off-road bike training experience to Xpulse 200 4V owners and enthusiasts. The company will soon re-open the bookings for the Xpulse 200 4V Rally Edition which will be available on Hero MotoCorp’s online sales platform – eSHOP at a price of Rs. 152,100/-.

During the month, Hero MotoCorp announced the launch of the much awaited Harley Davidson® Nightster™ motorcycle in India at a starting price of Rs 14, 99,000/- (Ex-Showroom Delhi).

Under the Company’s Corporate Social Responsibility (CSR) platform “Hero WeCare”, Hero MotoCorp extended its “Hero for Humanity” project to Karnataka, adopting 150 Covid-affected families in the state. As part of this program, the Company has already been supporting over 300 Covid-affected families in several states including Uttarakhand, Rajasthan, Haryana, Odisha, Andhra Pradesh and Gujarat.

Under the ‘Hero Salutes Heroes of the Nation’ project, the company also partnered with the Central Reserve Police Force (CRPF) personnel to provide 90 retro-fitted Hero Destini scooters and livelihood support to the families of the divyang ex-personnel .