The GUINNESS WORLD RECORDS™ record of the ‘Largest motorcycle logo’ was unveiled on the completion of 10 glorious years of Hero MotoCorp’s solo journey on August 9, 2021. 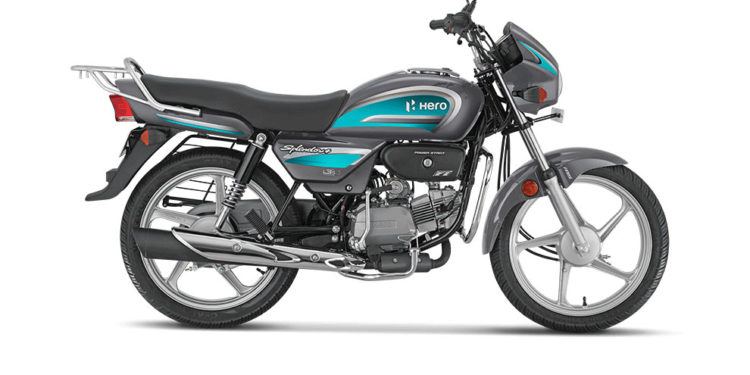 Hero MotoCorp, the world’s largest motorcycle and scooter manufacturer, has been recognized by GUINNESS WORLD RECORDS™ for creating the ‘Largest motorcycle logo’ with country’s most popular and iconic motorcycle Splendor+.

The GUINNESS WORLD RECORDS™ record of the ‘Largest motorcycle logo’ was unveiled on the completion of 10 glorious years of Hero MotoCorp’s solo journey on August 9, 2021.

To achieve this world record, 1845 Hero Splendor+ motorcycles were uniformly placed to form the Hero logo at the company’s manufacturing facility in Chittoor, Andhra Pradesh. The area spread over 1000ft x 800ft was used as the canvas to create the record.

“At the beginning of this year, Hero MotoCorp celebrated the landmark of 100 Million cumulative sales since inception- a record in the heart of all the Heroes. This milestone comes in 2021 which is also the 10th anniversary year of the Hero Brand logo, unveiled on 9th of August 2011 at the O2 Arena in London. So as part of our unique celebrations for the special day, we have achieved a Guinness World Records™️ of the ‘Largest motorcycle logo’ to demonstrate our brand stature. This is another global record set by brand Hero, and we shall not stop there. Stay tuned for more from Hero MotoCorp!”

“The attempt for the largest motorcycle logo is always a challenging one. It involves immense planning and effort in execution. Hero MotoCorp being the leading two-wheeler manufacturer, made the best use of one of their most popular motorcycles, Splendor to form the Hero logo in their manufacturing unit in Chittoor. I reviewed the entire evidence online and I am very happy to announce that Hero MotoCorp has broken this record with 1,845 motorcycles in a stunning manner. Congratulations and Hero MotoCorp, you are now Officially Amazing!”

An adjudicator from the GUINNESS WORLD RECORDS™ was virtually present to witness the world record attempt and determine the veracity of the activity with support from independent witnesses, who were appointed as per Guinness guidelines.

Year 2021 is marked by a series of exciting initiatives to celebrate the historic milestone of Hero MotoCorp surpassing 100 million units in cumulative production – one of the fastest global achievements by an automotive company.

The Company kicked-off the celebrations in January 2021 when its 100 millionth motorcycle, the Xtreme 160R, was rolled-out of its manufacturing facility in Haridwar.

In keeping with its commitment towards sustainable manufacturing, Hero MotoCorp has also initiated a Green Drive where it has invited the masses to contribute towards achieving another GUINNESS WORLD RECORDS™ title for ‘Largest Online Photo Album of People Planting Plants’.