Honda Motorcycles and Scooter India(HMSI) has issued a sales report for the month of April. According to released reports, Honda has sold 3,40,791 units of vehicles (Motorcycles+Scooters) in the month of April and has reported a year-on-year growth of 9%. Out of the total units, 1,97,801 units were scooters and 1,31,291 were motorcycles and 11,699 being the exported vehicle units. 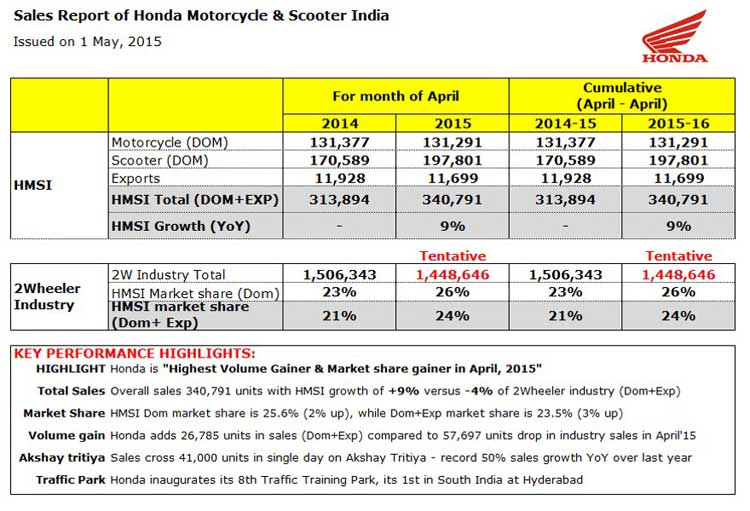 Honda Motorcycles and Scooter India(HMSI) has also been successful in gaining 26% of Market share among all the 2 Wheelers in Indian 2 wheeler market.

Here are the few  performance highlights of sales report released by HMSI:

5 new features of Bajaj Pulsar AS150