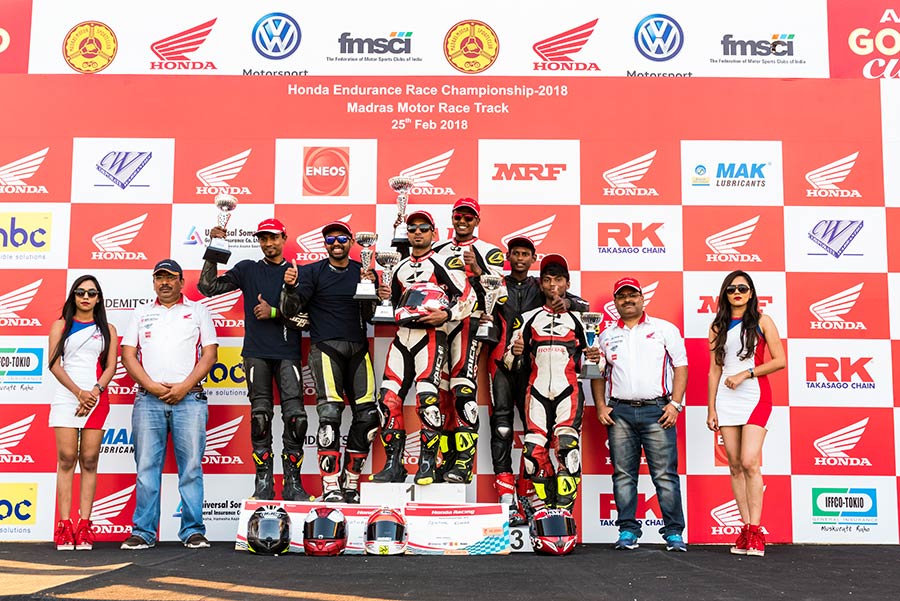 Honda 2Wheelers along with Madras Motor Sports Club (MMSC) has brought forth the Endurance race motorsport to India. Endurance racing is a form of motorsport racing, meant to test the durability and endurance of both the equipment and the rider. The race will be of 90 minutes duration, where all classes will be on the grid at the same time racing together. While each team has two riders, only one rider will be racing at a time. The second rider will replace the first as per the team’s strategy. Each rider entering the track during the race has to complete a minimum of 20 minutes before changing over to the other rider. The maximum time that a rider can ride continuously is 45 minutes. 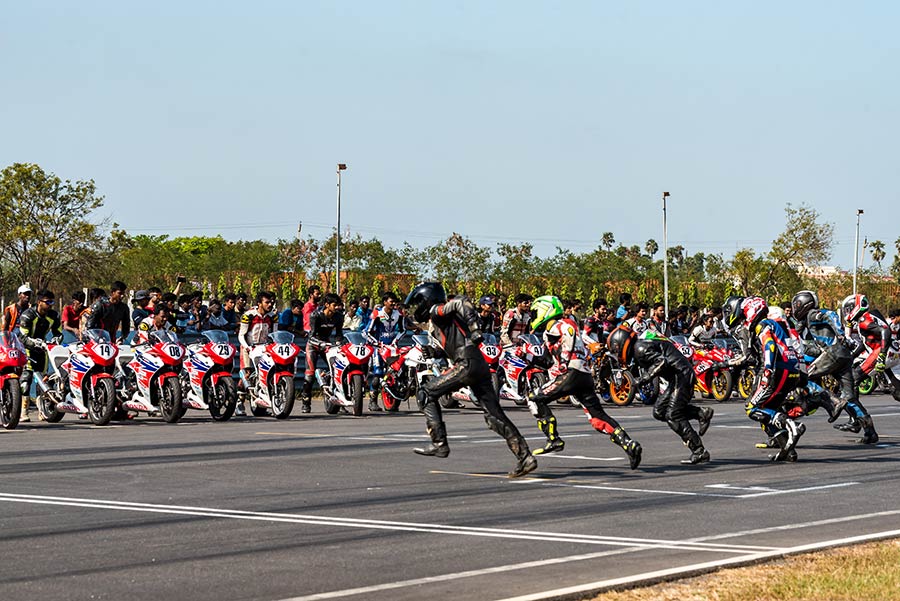 The race was spread across the below mentioned categories:

This race has been extremely important for Honda2Wheeler India team. We wanted to reinforce our position in the upcoming racing season. This event has given us an opportunity to test the supremacy of both our machines and riders. We are confident that this exposure will facilitate our riders to be in top notch position and spearhead our position in motorsports in India.

The top three finishers from each category were awarded & their victory was marked by a podium celebration, held after the race. 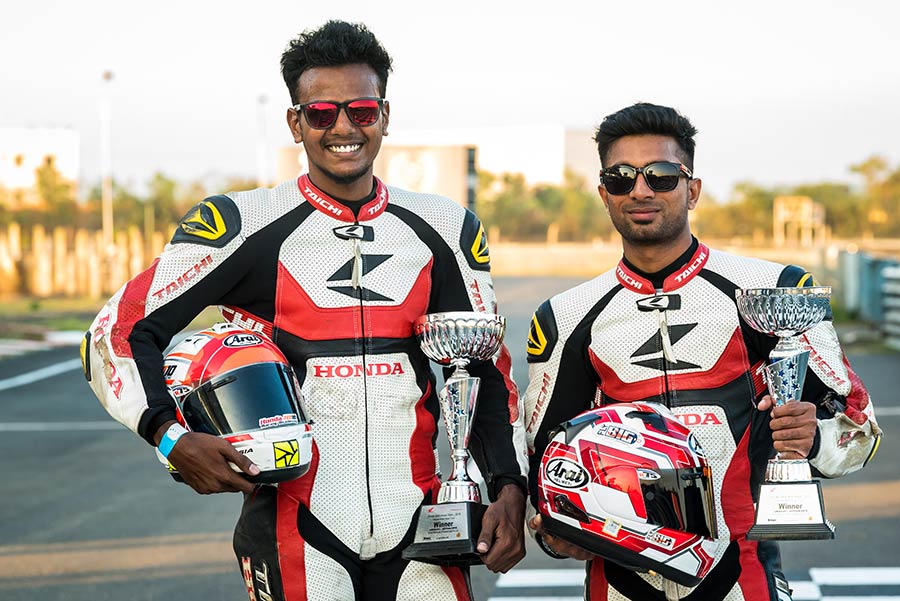