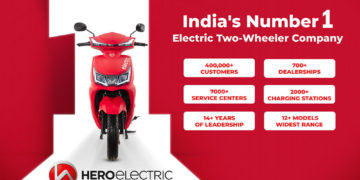 After leading the baton of the electric revolution of two-wheelers in India, Hero Electric, India’s largest electric two-wheeler company is...