by Pavithra S
in Cars, Honda
1 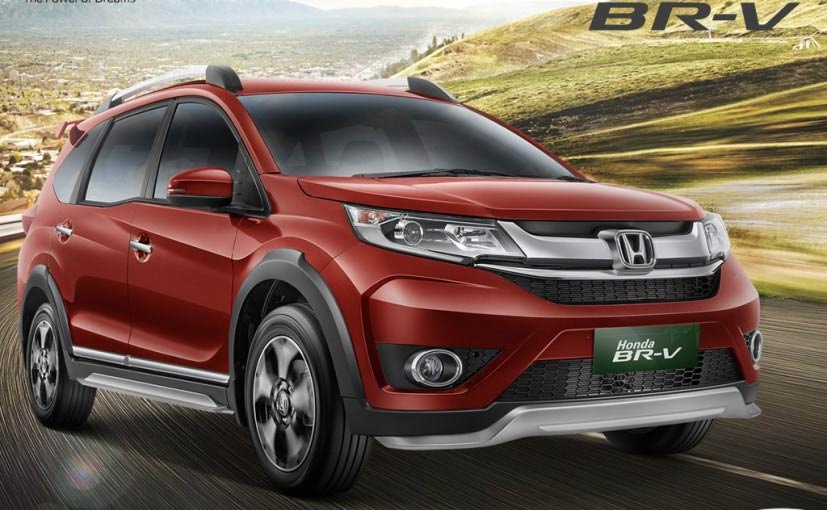 Honda BR-V created a lot of buzz since July 2015 especially in markets like Indonesia. After receiving a good response to the compact SUVs in Indian market, the Japan-based Honda motors is now all set to make a great impact on this compact SUV segment by its much awaited Honda BR-V (Bold Runabout Vehicle).

Honda BR-V made its maiden appearance in India at the recently held 2016 AUTO EXPO, but this model is initially launched in Indonesia market with price ranging from INR 10.93 Lakh to INR 12.63 Lakh. Whereas it is expected to roll out in Indian roads with price ranging from 8 Lakh  12 Lakh (INR) which would definitely give tough competition to Hyundai CRETA, Ford Ecosport and Maruti Baleno already in the market.

Honda BR-V is provided with an overall length of 4456 mm, width 1735 mm and 1650 height give ample amount of space for its occupants. Honda BR-V has wheel base of 2660 mm and ground clearance 201 mm which makes it the perfect choice for Indian roads. Honda BR-V is ornamented with leather seating, push start/stop button and large touch screen infotainment system to provide a luxurious journey.

Honda WR-V will be the next crossover from Honda; Not HR-V - GaadiKey Blog

[…] the upcoming Honda BR-V is a 7-seater and would be competition against other compact SUVs like Renault Duster, Hyundai […]