Honda Cars show 1% growth in domestic sales in May 2015 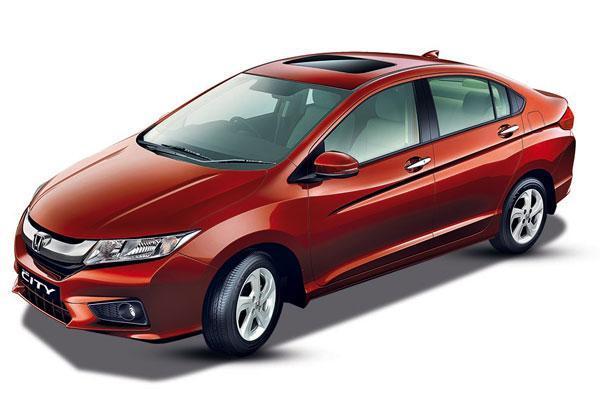 Honda Cars India Ltd. (HCIL), popular car manufacturer in India has revealed the sales report for the month of May. Honda has registered a monthly domestic sales of 13,431 units in May 2015 as against to 13,362 units in the same month last year, there by showing a growth of 1% .

Honda Cars show 1% growth in domestic sales in May 2015 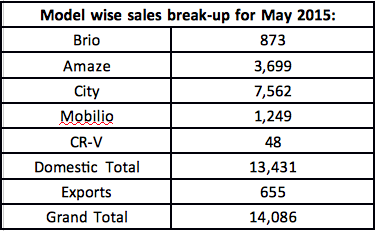 HCIL(Honda Cars India Limited) has also exported a total of 655 units in May 2015.

Here are the details of cars which were sold in the month of May, on total, it accounts for 13,362 units:

As always, Honda City has ruled the above stats with highest number of units getting sold. CR-V being the least sold car. Honda Amaze has done a decent job of 3,699. The stats indicate Mobilio and Brio are performing less with 1,249 and 873 unit sales.

In addition to this, Honda Cars has succeeded to export a total of 655 units in the month of May.