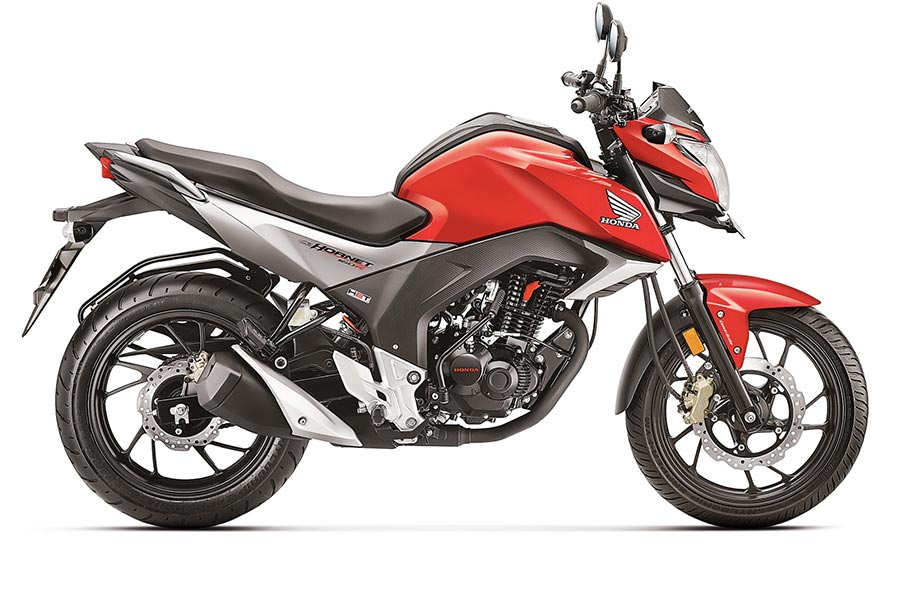 By adding and delivering Honda Hornet 160R, the company has now delivered its promise of filling its product portfolio with 15 new products in the year 2015. Honda’s all-new CB Hornet 160R gets an aggressive styling as-well-as cutting-edge performance.

Indian youth is supremely ambitious and confident, they believe in their dreams. Inspired by their dreams is the faster, smarter and sportier marvel on two wheels – The CB Hornet 160R. It will herald a new era of Street Naked Sports Biking in India. We are also proud to announce that CB Hornet 160R will be one of the first motorcycle in its category to meet BS-IV norms, well ahead of April 2017-regulation timeline

In motorcycles, the 150cc-180cc segment has been gaining traction again. The customers belonging to this segment demand best performance without any compromise in styling which reflects their inherent aggressive go-getter attitude towards life. The unbeatable combination of raw power, real muscle and ripped performance in CB Hornet 160R will surely appeal & mirror their persona.

Honda defines the bike’s unique design as Raw, real and ripped. The CB Hornet 160R has been designed to set the pulse racing with its looks. The sharp and edgy headlight of Hornet 160R with 2 position lamps and upward facing side indicators creates a very bold first impression and improved functionality.

The new generation X-shaped bike’s LED tail-light enhances the rear look of the bike. Aerodynamically forward leaning dynamic tank shrouds with carbon pattern tank cover also add muscle to the bike. The new aeroplane finished fuel cock assembly offers an escape from the ordinary. A fully digital meter display not only enhances the overall sophistication, but proves extremely useful by providing accurate & precise information to the rider on the go.

In the other hand, the character of Honda CB Hornet 160R is enhanced by its sporty short muffler. The true naked street sports bike experience is enhanced further by 140mm wide rear tyre that actually increases the stability of the bike while the uniquely crafted 5-spoke split alloy wheels further add to its looks.

Hornet is a new brand which is being introduced in the year 2015 – it is quite common to expect this modern day bike to get advanced modern day features. The all new CB Hornet 160R leads the class. The bike’s power with a 163cc engine is powerful enough to provide the bike an extra thrust. The bike which is specially designed to deliver good low end torque, advanced engine achieves a compression ratio of 10:1, by also delivering the right punch of power. Not only this, the CB Hornet 160R’s engine is equipped with a counter balancer to reduce the vibrations produced in engine. The engine delivers a very smooth acceleration from low RPM to high RPM. The engine which is powered by revolutionary HET BS-IV (Honda Eco Technology) is well-tuned to deliver extra torque and great mileage.

The daily commuting on Honda CB Hornet 160R is very reliable because of the Combi Brake System (CBS) that allows the bike rider to pull the throttle and enjoy the optimum speed without worrying about the brake operation. The CB Hornet 160R is equipped with 3-pot brake calliper to maintain the braking efficiency. For a refined performance, small spines have been added to the outer surface of the engine cylinder to improve cooling performance and help reduce distortion of it’s inner shape. A needle bearing, which is more suited for handling the radial load, replaces the lubricated shaft which helps in reduction of frictional losses. The mono shock suspension helps in maintaining the centre of gravity while a wider turning angle helps CB Hornet 160R to easily manoeuvre through busy city roads. Further improvisations like a longer wheelbase, short turning radius and optimum ground clearance allows the rider to easily navigate through the bad roads with peace of mind.

The CB Hornet 160R comes fitted with a MF battery which is completely maintenance free and leakage proof. Also a Viscous Paper Air filter that requires replacement only after 18000 km and does not require maintenance, makes CB Hornet 160R more suitable for effortless usage. The all-new CB Hornet 160R complies with the BS-IV regulation norms and is one of the first motorcycle in its category to do so.

Taking forward Honda’s marketing initiative in the digital world, ‘CB Hornet 160R’ android mobile application was launched especially for the generation hooked to social media. This application is set to delight the user with a distinct experience. The application can be downloaded from Google PlayTM store by searching for ‘CB Hornet 160R’ in the search bar and then installing it. Through this application, customers will get access to detailed product specifications, in depth feature comparison and a product experience zone. To make the booking, user has to select the ‘Book Now’ button on the mobile application. 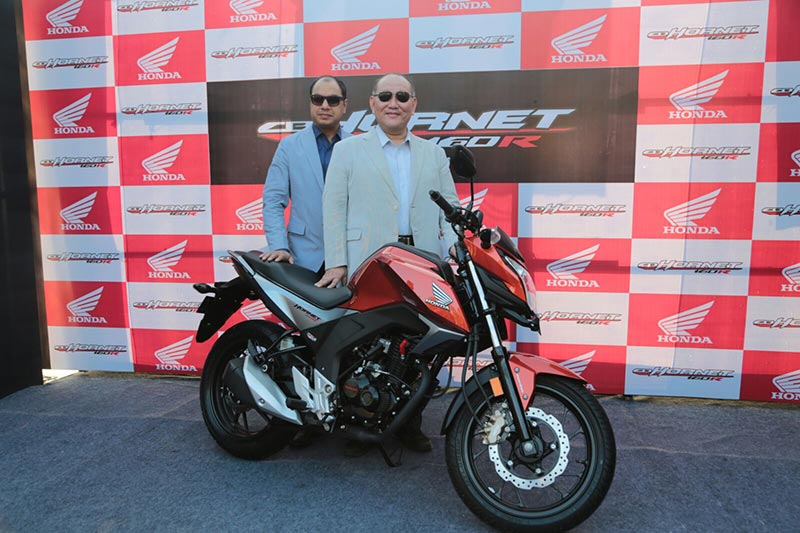 On successful booking, the expected date of delivery for their CB Hornet 160R would be notified to the user.

Nissan to increase price from January 2016