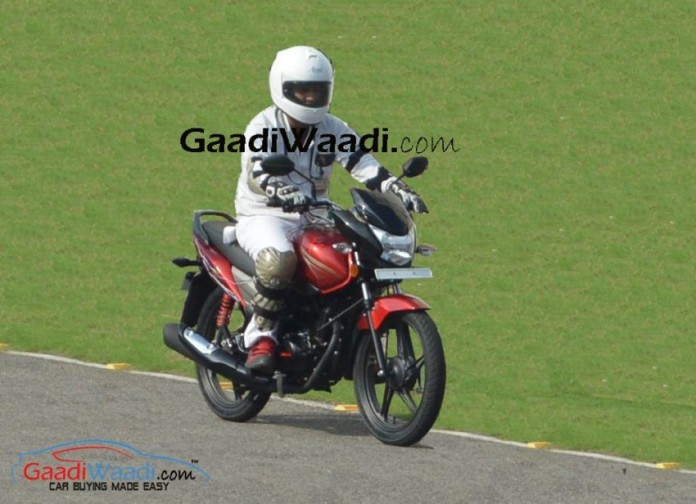 A week ago, we reported on Honda’s upcoming 125cc motorcycle – Mystery. Honda 2 wheelers is getting ready to introduce new 125cc motorcycle specifically to Indian market. Earlier, Honda had teased a ‘mystery’ model at the 2015 RevFest event, and now it is almost confirmed that the company is bringing 125cc Honda commuter motorcycle – Shine SP .

Folks from BikeAdvice, an automotive portal has obtained the promotional material of this bike, where the name of 125cc motorcycle is reported to be Shine SP.

Although the previous reports had indicated that the company is preparing to pull the wraps off its CB Hornet 160R in India on 19 November, a report of GaadiWaadi states that the 160cc bike is likely to make its market debut after the CB Shine SP.

The all new CB Hornet 160R from Honda shall take on its rivals like Suzuki Gixxer, TVS Apache, Bajaj Pulsar 150 and the Yamaha FZ in India.