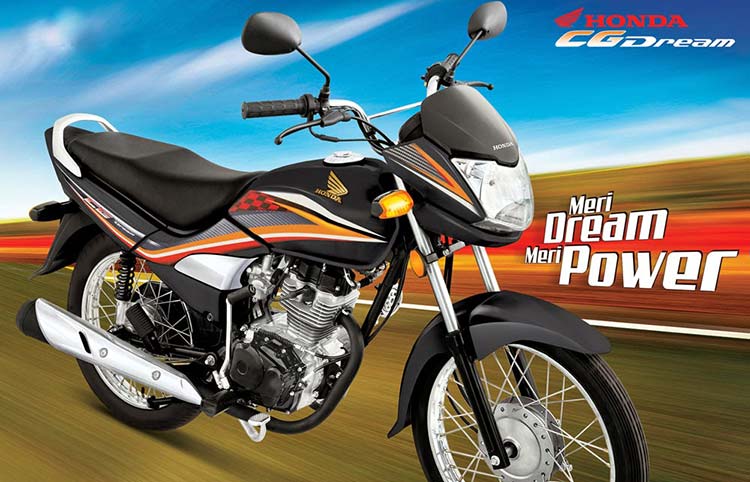 A leaked presentation slide from Honda reveals details on Honda’s upcoming commuter bike – Honda CG Dream – which is going to be Honda’s next bike in commuter segment. The motorcycle, CG Dream, is going to be cheapest offering from Honda.

Honda CG Dream’s Engine could be a 110cc, 1 cylinder, air cooled engine producing around 7 BHP which has been matched to a 4 speed gearbox that powers the current Honda Dream range of commuter bikes.

The price of CG Dream from Honda is expected to be around Rs 40,000/- which also means, it is Honda’s cheapest bike in the Honda’s commuter range of bikes.

While the details of the bike are not official – once can make a blind guess that the bike with 110cc should provide a mileage of at least 70-80 Kmpl.

The launch date of bike has not been made official. The bike Honda CG Dream would position itself below Honda CD Dream 110.