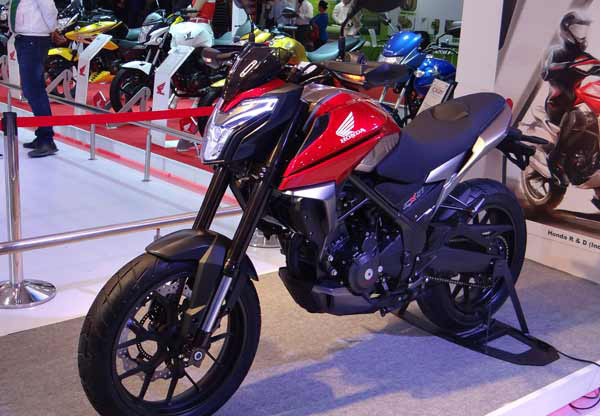 Not many bikes have been launched by Honda other than Unicorn 160. The updated version of Honda Activa-i and Honda Aviator was launched in Hyderabad last week, however, when you compare with other 2 wheeler manufacturers, the number of new launches from Honda is relatively less.

A new teaser from Honda has surfaced online with a tagline “Time to Live” hinting that the company is planning to launch a new motorcycle which could probably be new Honda Livo or Honda Trigger. In the past, the Livo motorcycle has been spied several times. The new teaser which was first noticed by BikeAdvice reveals that the upcoming bike could get a sculpted fuel tank with a 3D Honda emblem. Keeping the teaser as evidence, this honda bike shall have a blue colour as its signature color.

Some unconfirmed sources have revealed that the all new Honda Livo would be based on the Dream Yuga platform. The styling of Livo is under-done when compared to Honda Twister which could have resulted in a funkier look for commuter audience.

The engine of Honda Livo is expected to be powered by 110cc,one cylinder, air cooled unit that is capable to produce a power of 7 BHP. The engine shall be mated to a 4 speed gearbox that powers current generation Honda Dream range of commuters.The Livo motorcycle when it was spotted testing featured the black alloy wheels, drum brakes at the front as well as the back and dual pot instrument cluster which comes with a superb hexagonal design.

OR it could be a new motorcycle from Honda

When the bike projections are compared with the upcoming Livo, 2015 Trigger as well as the other entry level motorcycle, there is no commonalities and this evidently means Honda is bring a new motorcycle to Indian market from Japan. It is still a suspense until Honda reveals the full picture of the teased bike says BikeAdvice.

[…] manufacturer in India, Honda, has put up big outdoor banners with previously reported “Time to Live” and “Coming soon” messages. What Honda Motorcycle and Scooter India (HMSI) is […]