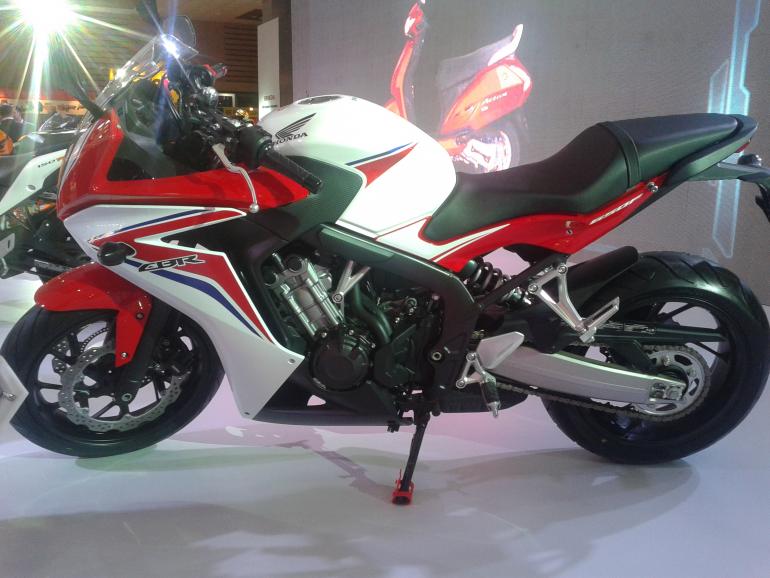 The Japanese auto-mobile giant Honda is trying to take it up a notch by making a well-thought attempt to boost sales in the Indian market by dragging prices to a more affordable range.

Honda Motorcycle and Scooter India (HMSI) has planned to cut the ribbon to this programme with the Honda CBR650, a model that most likely will be launched in the former half of 2015.

In the current scenario of high-end motorcycles, HMSI sells imported bikes – the price of which ranges between Rs 14 lakh and 31 lakh. In future however, HMSI is expecting to whoop down the price for CBR650 and set it at less than Rs 10 lakh.

The HMSI President and CEO Keita Muramatsu had further commented that not only the CBR650 model will be launched in the former half of 2015, but it will also be assembled in India. Depending on how this model performs in the market, further decisions will be taken in regards of many other high-end models being assembled in India, and reducing the prices.

The CBR650 being powered by an engine with 4 cylinders will be worth waiting for, with prices being pulled down. The company has still not made it very clear as to whether the bike will be assembled from semi-knocked down or completely knocked-down import material.

Basically, this is an attempt by HMSI to learn more on how the Indian market will respond to this programme. If all goes as planned, we can hope for more and more high-end category bikes to get a tinier price tag.

Honda to give high-end bikes sales a healthy bo...

[…] The Japanese auto-mobile giant Honda is trying to take it up a notch by making a well-thought attempt to boost sales in the Indian market by dragging prices to a more affordable range. Honda Motorc…  […]