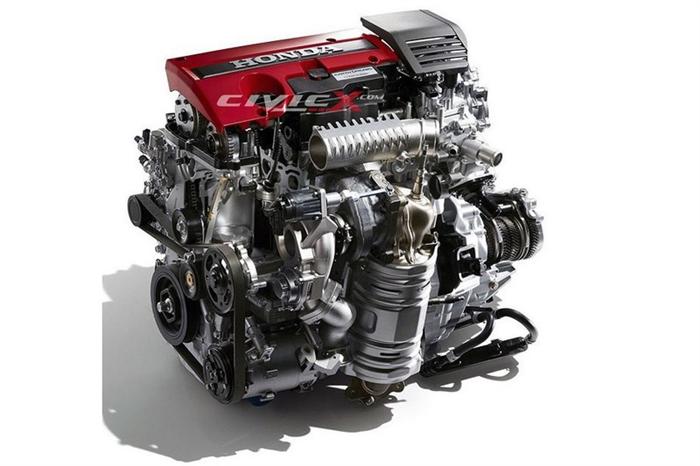 Popular car manufacturer, Honda is now all set to equip their Honda Civic Type R and Si with a brand new turbocharged 2.0-litre, 4-cylinder petrol engines. According to details which has leaked online, the preliminary images of turbo engine reveal that it would likely benefit from an electric waste gate actuator and a built-in blow-off valve for the turbochargers that help make the engine very responsive.

Honda’s Civic Si would be getting a detuned version of the engine, producing around 230bhp of power, and is going to be exclusively mated to a 6-speed manual transmission. One could also expect a more powerful version of the engine for its range-topping Honda Civic Type R.

While the Civic Si would go on sale sometime around early 2017 internationally, the Honda Civic Type R would roll out later in the year 2017. The Type R variant of Honda will be available in almost all markets that offer the standard Civic.

Before the launch of these models, Honda intends to sell the tenth-generation Civic Sedan and Coupe in the US market with a 158bhp, 2.0-litre petrol engine. Also on offer will be a more powerful turbocharged 1.5-litre petrol engine, producing 174bhp.

A Europe-specific Honda Civic 5-door hatchback is set to go on sale in early 2017. This version of the Civic will be powered by a turbocharged, 1.0-litre, 3-cylinder engine that is capable of producing around 127bhp of power.