by Arjun Ruparelia
in Cars, Hyundai
2 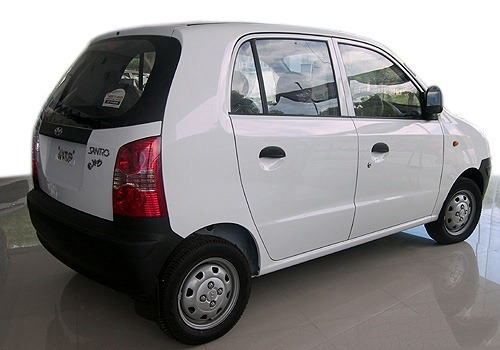 Hyundai Santro production stopped? Once a family household car in India, the Santro, manufactured by Hyundai will soon see its graveyard. If the reports are to be believed, then the South-Korean auto-maker will stop the production of Santro in the domestic markets to prime its focus on the latest models like the Grand i10 and Xcent.

The Santro had already been replaced by the i10 in many markets, but the production still continued in India. Thanks to the overwhelming demand of this car. Hyundai’s name today has been accustomed to Santro. This household car is what brought Hyundai’s success in the Indian market. The Santro, also known as the Hyundai Atos in different regions first came to the Indian market in 1997.

In a market like India, where people prefer compact and mileage giving cars, Santro had fit in perfectly. This car was single-handedly responsible for the strong power that Hyundai now has in the Indian market. Santro did hold strong sentiments as it was one of the best selling cars India has witnessed. The new iteration, Santro Xing was also a success in the consumer market.

The elimination of Santro was not the only blow the Indian market has had this year. The all-time favourite Maruti 800 and the Ambassador have also had to bid adieu to the Indian domestic markets.