Its official! Suzuki Gixxer to get 250cc engine 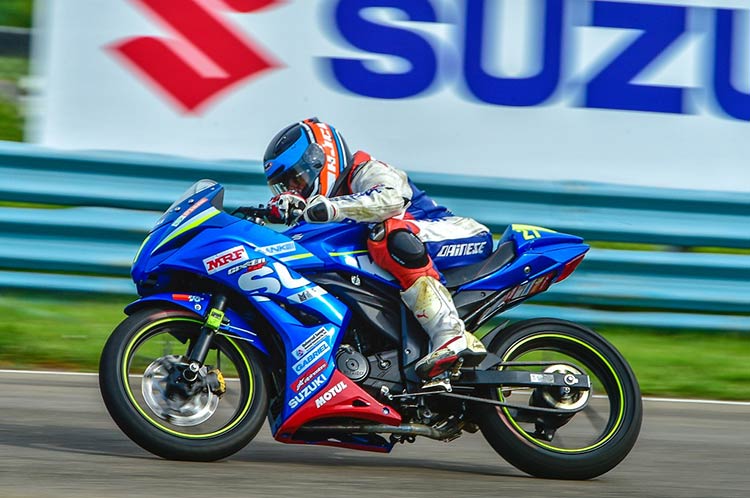 Its official! Suzuki Gixxer to get 250cc engine

Gixxer is undoubtedly a well-performing product from Suzuki motorcycles in India. The Suzuki Gixxer is available in 2 formats – one is the naked version and the other is the Gixxer SF – that comes with all the fairing. Last year we reviewed the Gixxer 155 and we were impressed with the handling capabilities which the bike offered. Reports have confirmed that Suzuki is considering to introduce a bigger India-specific premium version of Gixxer.

Suzuki’s top officials have now officially revealed that new 150cc – 250cc Suzuki Gixxer is being planned for India and will be launched in coming days. By introducing the higher capacity engine, Suzuki could boost its sales in the premium motorcycle segment and take on rivals like KTM Duke 200, TVS Apache RTR 200 4V, etc.

The motorcycle business from Suzuki motorcycle is expected to turn profitable in Financial year 2016. Suzuki has fought for more than 10 years in order to achieve this position.

The revenue which is expected for Financial year 2016 is INR 1,900 crore, which is 26.6% higher than last year’s INR. 1,500 crore. It is important to note that even though the sales numbers of Gixxer have dropped from 3.4 lakh units to 3.2 lakh units, the profit margin per unit was more.

In the time period between April 15 and February 16, the Gixxer has sold 76,766 units in domestic market and exported more than 36,000 units. When it comes oto exports, The target markets for Suzuki is South American countries, Nepal and Bangladesh.

The boost in export sale has helped Suzuki to reach a 10 year high in terms of numbers. There is an increased competition from motorcycles manufacturers like Hero, Bajaj and Honda. Suzuki motorcycles now wants to place itself as a player in the premium 2 wheeler segment.

Suzuki has already started assembling its flagship superbike, the Hayabusa, in India.