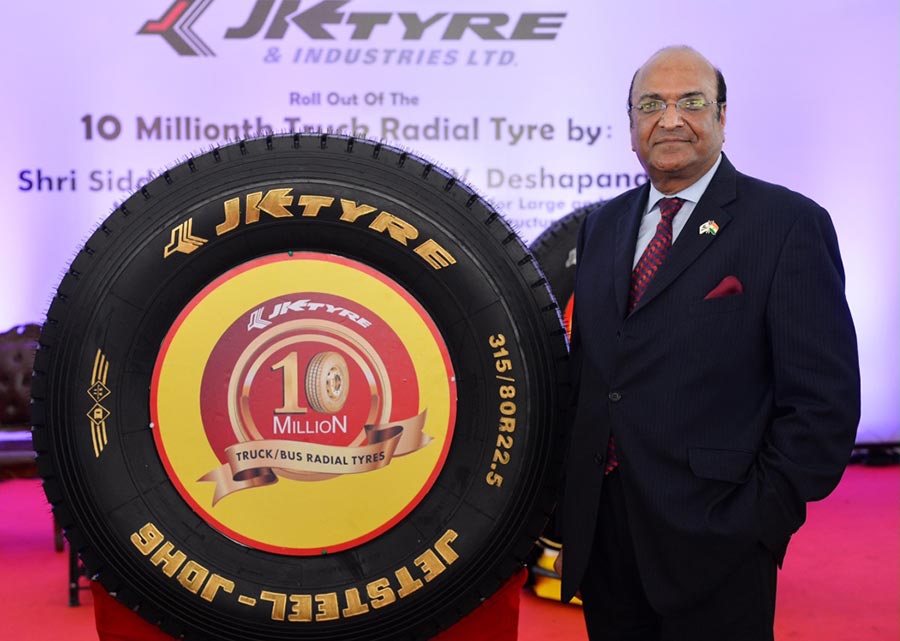 Tyre major JK Tyre and Industries Limited, part of the Rs 28000 cr JK Organisation, reached a historic milestone when it became the first Indian tyre company to produce 10 million truck/bus radial tyres. With one of India’s largest tyre capacities at 3.5 million truck/bus radials per annum, the Company is the undisputed leader in this segment.

It was as historic occasion as the 10 millionth truck radial tyre came out of the mould at the company’s Vikrant plant in Mysuru. JK Tyre took over this plant from the Karnataka Government in the late 1990s and turned it around into a state-of-the-art plant with an investment of over Re 1200 cr.

Starting in 1977, when we set up our first tyre plant in Rajasthan with 5 lac per annum capacity, we have come a long way and today JK Tyre has grown multifold.

Over the years we have set up green field plants, expanded our capacities at regular intervals and even acquired plants across continents like the ones in Mexico, and recently 3 plants of Cavendish Industries in Uttarakhand, back home to keep pace with the increase in demand of tyres in the domestic as well as global markets

In the over 7.18 lakh (2015-16) commercial vehicle market in India, JK Tyre is a leader par excellence. It pioneered the radial technology in India, and was the first company to introduce Truck & Bus Radial tyres way back in 1999, and is today the largest producer in this category.

JK Tyre is truly a multi-national company with 12 plants globally with a future ready capacity of 350 lac tyres per annum. After the recent Re 2200 cr acquisition of Cavendish, JK Tyre has also entered the high growth 2-3 wheeler segment with its brand Challenger already hitting the market.

Today we manufacture complete range of tyres – from a 3 kilo scooter tyre to the 3.7 tonnes Ultra Large OTR tyre,

Dr Singhania also informed that JK Tyre has completed the second phase of construction of its modern and pure radial plant at Chennai with a total investment of Rs 1430 crore. The expansion was completed earlier this year. The plant makes truck radials and car radials and has a production capacity of 12 lakh TBRs and 45 lakh PCRs. The plant has a blueprint of scaling up to 2 million truck radials and 10 million PCRs. Also the capacity of the Mexico plants is under expansion. The capacity is expected to go up to 5 million tyres from the existing 3.5 million units per year. 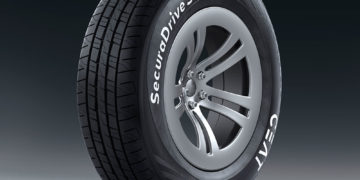 Leading Indian tyre manufacturer CEAT Tyres Ltd has announced the launch of a new premium tyre range for the Compact...

CEAT Tyres extends warranty on all tyres by three months