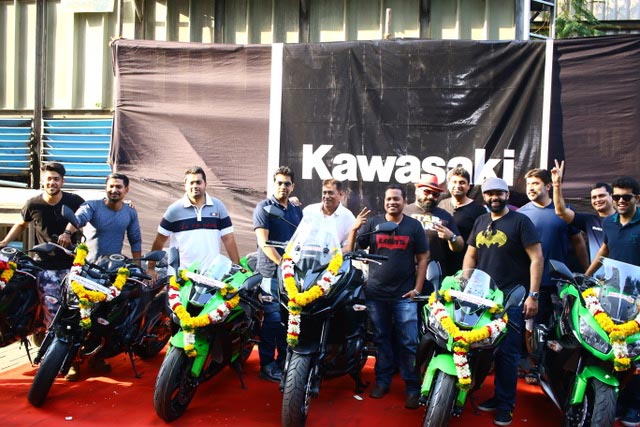 India Kawasaki Motors Pvt. Ltd (IKM), a 100 per cent subsidiary of Kawasaki Heavy Industries Japan. The customers had booked and paid a full amount for the motorcycles to SNK Palm Beach, Navi Mumbai who was IKM’s Principal Dealer for Mumbai (now ex-dealer) from June 15, 2015. The dealership was terminated on September 1, 2016 as SNK failed to deliver to its commitments towards its customers.

IKM was informed that SNK had been collecting money from customers for motorcycles without placing orders with IKM. When SNK realised that it could not deliver the motorcycles to the customers, SNK started refunding payments to the customers with post-dated cheques. Few of the customers’ cheques were eventually dishonoured several times.
Customers had paid money in full to SNK and many had taken loans to buy motorcycles, who continued to pay the bank EMIs, which SNK seemed to have no intention of making refunds or deliver the motorbikes.

We are happy to finally have a closure to this by receiving the necessary approvals to deliver our motorcycles to our inconvenienced customers who have been patient with us.” IKM has had numerous meetings with SNK Palm Beach to rectify the problem; however, despite repeated promises and assurances, SNK has failed to honour its commitments.

The delivery of motorcycles or refunding payments’ to the customers’ is solely the responsibility of SNK, IKM took it upon itself, as a gesture of goodwill, to deliver the motorcycles through its dealer network. IKM is committed to its customers and is dedicated to develop its business and investments in India

Fuzail Amin Qureshi, one of the customers, who received his Kawasaki Z800 commented,

IKM will also file a criminal case against SNK and will pursue this matter with the help of its lawyers and the Indian judicial system. IKM would like to assure its customers that they are committed to them and it has always been their endeavour to provide the best possible experience.